In the field of the industry too, the government has made many such innovations, from which entrepreneurs are in relief even after an epidemic like Corona: Shakuntala Rawat 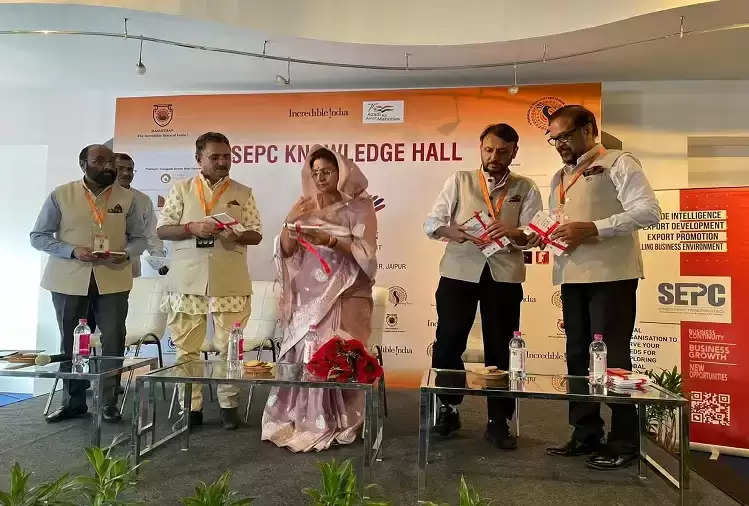 In the field of the industry too, the government has made many such innovations, from which entrepreneurs are in relief even after an epidemic like Corona. Industries and Commerce Minister Shakuntala Rawat said this while releasing the directory at the Rajasthan Domestic Travel Mart-2022 exhibition at Birla Auditorium in Jaipur on Sunday.

During this, he said that many important schemes including Chief Minister's Small Industries Promotion Scheme, State Investment Promotion Scheme, and Rajasthan Export Award Scheme are being operated in the state, due to which the entrepreneurial class is getting benefitted immensely.

The Industries Minister said that the Government of Rajasthan has played an important role by announcing a tourism-friendly and inclusive budget. A tourism development fund of Rs 1000 crore has been announced. The tourism and hospitality sector has also been accorded full industry status, reflecting the state's strong focus on tourism. He said that this would create a different image of the state across the country.

Rawat said that an exhibition like Rajasthan Domestic Travel Mart 2022 is a better innovation. He also expressed his intention to organize such an exhibition in all the districts through the Industries Department. He said that it can be started by organizing the first exhibition in the Alwar district.