In opposition to loudspeakers in the eyes of the law; the Supreme Court has forcibly raised its voice in violation of the fundamental right 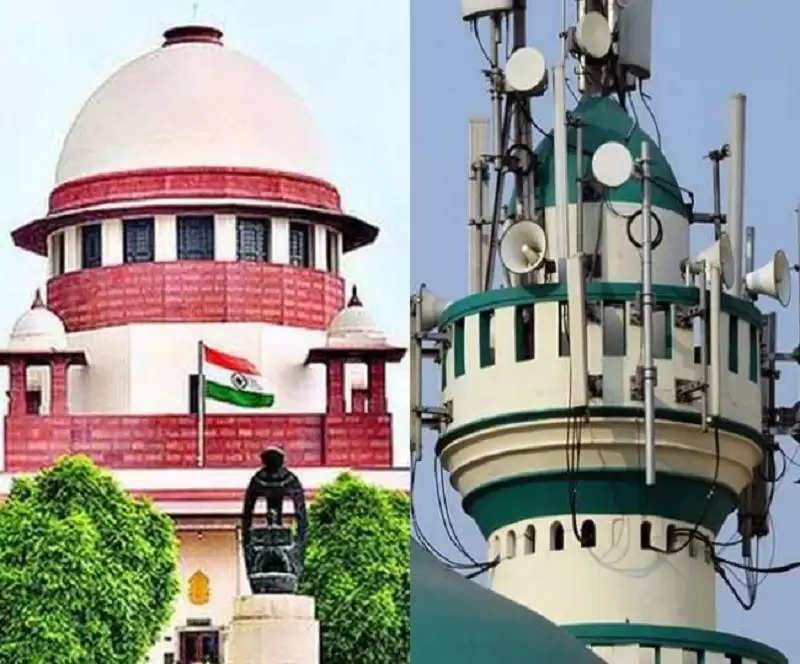 At present, the controversy surrounding playing loudspeakers in mosques has acquired a political color, but it also has scientific and legal aspects which cannot be ignored. Know what the law says on noise pollution...

The first reason for protest in the controversy about playing loudspeakers is unwanted noise i.e. noise pollution. The Supreme Court has said in its decision in the matter of prohibition of noise pollution that forcibly forcing to hear loud noise i.e. loud noise is a violation of fundamental right. If we see the decision of the Supreme Court, the existing rules and regulations, then loudspeakers cannot be played in a louder voice than the prescribed limit.

No one has the right to make so much noise that goes out of his house and creates trouble for the neighbors and others. The court had said that noise-makers often take refuge in the right to freedom of expression under Article 19(1)A. But no person can claim this right by turning on the loudspeaker.

In the judgment, the court had ordered that the noise of a loudspeaker installed in a public place shall not exceed 10 dB (A) or more than 75 dB (A) from the noise standards fixed for that area, whichever is less. shall be deemed to be applicable. Wherever there is a violation of the set standards, the state should make provision for the confiscation of loudspeakers and equipment.

The orders will remain in force until the court itself changes it or law is made in this regard. Under the Environment Protection Act 1986, provisions have been given to control noise pollution and punishment for violation of set standards. Under this, the Noise Pollution Control Rules 2000 have been made, in which the standards of noise are fixed. For loudspeakers in a public place, permission has to be taken from the police and pollution control board.

Playing loudspeakers in special religious and cultural functions from 10 to 12 pm requires special permission, which can be granted for a maximum period of 15 days and the maximum sound limit can be 75 decibels.

Senior advocate Vijay Panjwani, who has been appearing for the Central Pollution Control Board in the matter of noise pollution in the Supreme Court for a long time, says that there is a provision of punishment in section 15 for violation of noise limit in the law, but it is not implemented effectively. . Violation can be punished with imprisonment of up to five years and fine which may extend to one lakh rupees. There is a provision for a fine of 5000 rupees per day for continuous violation. Police can seize loudspeakers by entering the premises on noise pollution.