If the general public does not stand with the Congressmen against the dictatorial government, then the whole country will have to bear the brunt: Ashok Gehlot 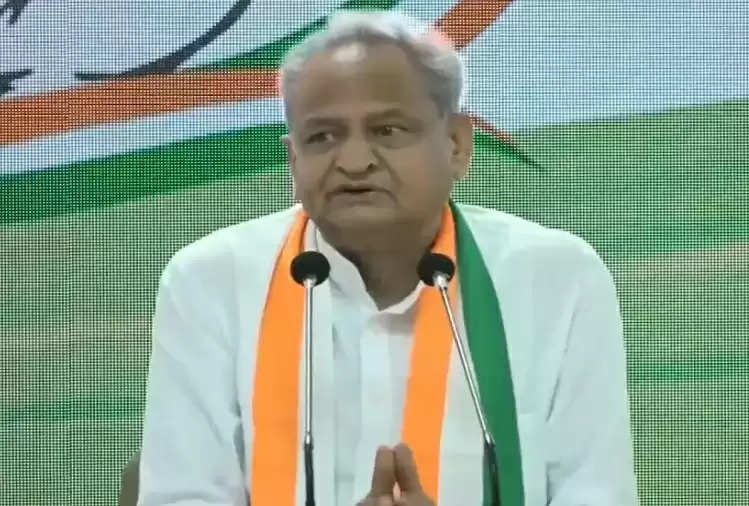 The Congress has accused the Narendra Modi government of the Center of converting its headquarters into a cantonment. Rajasthan Chief Minister Ashok Gehlot has also given his reaction to this matter.

In this regard, Ashok Gehlot tweeted on Wednesday that today's action to convert Congress headquarters and 10 Janpath into a police camp is an undeclared emergency. The office of the National Herald (Young India) was forcibly sealed. If the general public does not stand with the Congressmen against this dictatorial government of NDA, then the whole country will have to bear the brunt of it.

The Enforcement Directorate, which is probing the National Herald case, sealed the office of the Young Indian Company in the National Herald on Wednesday. Congress has accused the Modi government at the Center of doing this to thwart the proposed demonstration against inflation and unemployment.