Helplessness: Ambulance not found, villagers reached hospital five km away on foot with the patient on the cot 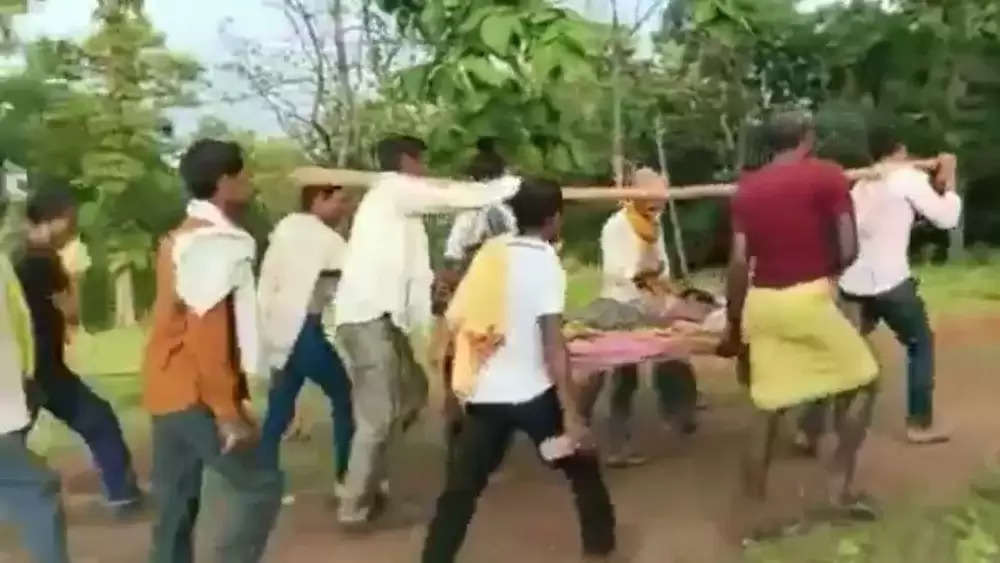 Heart-shocking pictures have come out from the Seoni district of Madhya Pradesh. Here a patient did not get an ambulance for a long time, its villagers reached the hospital about five km away with the patient on the cot itself. A video in this regard is also becoming increasingly viral on social media. In this video, a badly scorched woman is screaming due to pain. This video and such pictures have once again put the health system of Madhya Pradesh in the dock.

Let us inform you that the pictures showing the poor system of the health department of the state are coming out from different parts of Madhya Pradesh. The government is also being criticized for these pictures.

Despite this, so far no concrete arrangements have been made to improve the system. Hundreds of tribal people displaced by Bargi Dam of Jabalpur are living in Bukhari Mal village under Ghansor police station of Seoni district. Fresh pictures have come in front of this village. These pictures are enough to shake the heart.

The tribal woman Yamuna Bai Saiyam, seen in the pictures, works as a slanderer in the field juggling bread two times. During the work itself, an electric wire fell on him. She was badly burnt by this.

The people present on the spot informed about the incident to his family members. After this, the villagers informed the ambulance, but when the ambulance did not reach for a long time, the villagers reached the hospital located about five km away by placing the woman on the cot. This hospital also did not have adequate medical facilities, so he has been referred to Jabalpur Medical College. Where the condition of the woman remains critical.

The pictures and videos that have surfaced through social media regarding this incident are heart-wrenching. It is clearly seen how the woman is screaming in pain, but there is no one to hear her. If anyone listens, how? An ambulance cannot reach here due to lack of road. To save the life of this tribal woman who has been scorched up to 80 percent, villagers are seen running with her on a cot.