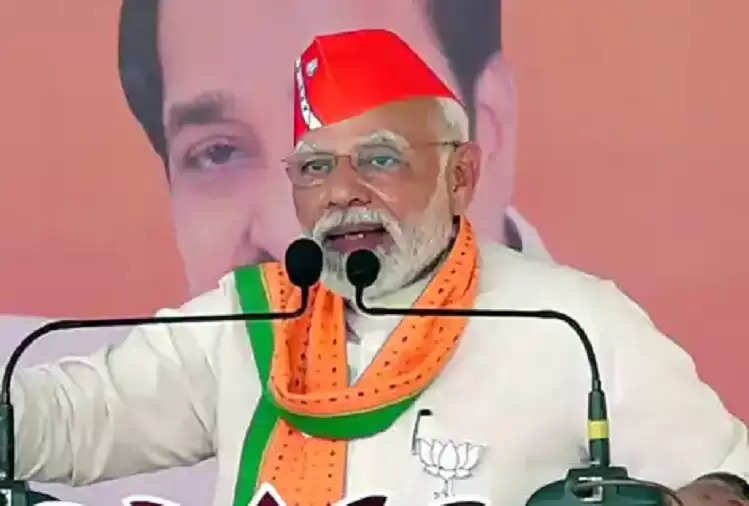 Prime Minister Narendra Modi has once again geared up for the victory of the Bharatiya Janata Party in the assembly elections in Gujarat. PM Modi also claimed victory of BJP in Gujarat elections with record votes.

On this occasion, PM Modi also gave a new slogan in Gujarati 'Aa Gujarat Main Banavyu Che' (I have made this Gujarat). During this, PM Modi also raised this slogan many times, filling the enthusiasm of BJP leaders.

It is worth noting that the voting for the Gujarat Assembly elections will be held on December 1 and 5. Whereas the result will come on December 8. It remains to be seen whether the BJP is successful in forming the government in Gujarat once again or not.