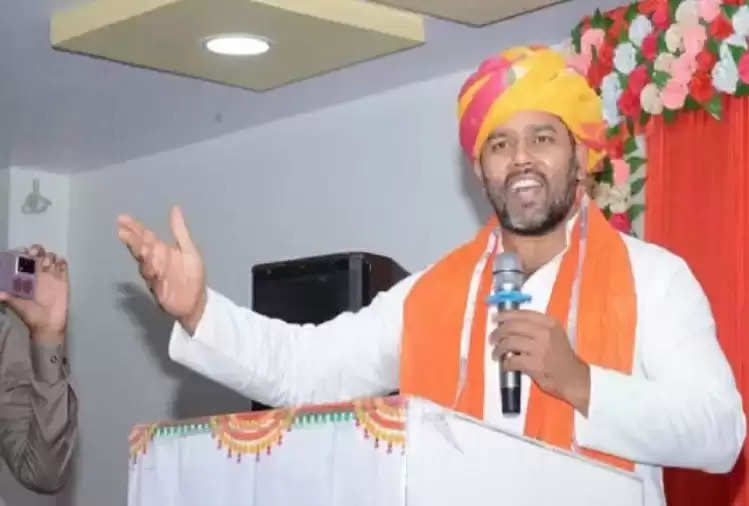 Minister of State in Rajasthan Government Ashok Chandna has launched a scathing attack on former Deputy Chief Minister Sachin Pilot for throwing shoes during an event in Pushkar.

After this incident, Ashok Chandna tweeted, today a wonderful sight was seen when Rajendra Rathod, who ordered the killing of 72 martyrs (then cabinet member) came on the stage and applauded those whose family members went to jail in the movement.

The families of the martyrs were sitting on the platform on which the shoes were thrown, at least they would have taken care of them. Time will tell how far the people who tarnish the last memory of Colonel Saheb will go.

It is worth mentioning that during a program organized on the occasion of bone immersion of Gujjar leader Colonel Kirori Singh Bainsla in Pushkar district of Rajasthan, some people threw shoes at him when Minister of State for Youth Affairs and Sports Ashok Chandna came to deliver a speech.

After this, he raised slogans of former Rajasthan Congress President Sachin Pilot Zindabad.