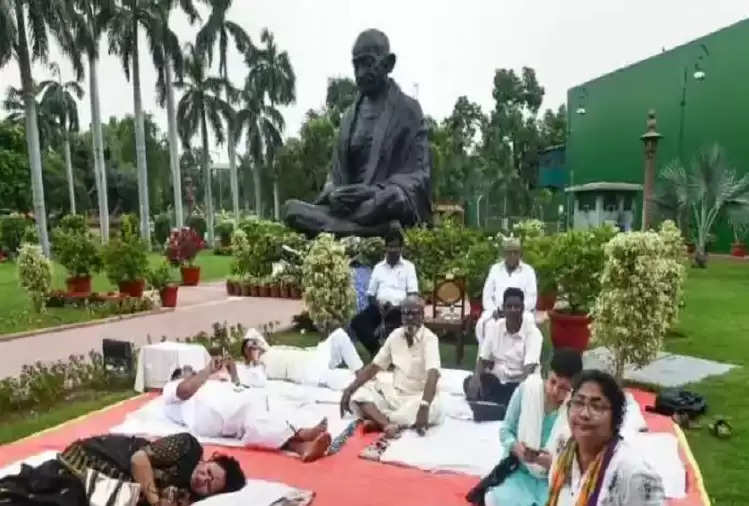 Opposition leaders have held a 50-hour-long protest against the order passed by the parliamentary authorities, demanding a discussion on the price hike in the lower and upper houses.

Apart from the strong call raised by the opposition parties to call for a '50-hour dharna', MPs from various rival parties are now able to arrange regional delicacies ranging from idli to tandoori murga for the leaders sitting in the protest. are engaged.

In a show of solidarity and political strength, the opposition parties have come together to form a duty roster for the protest, taking the responsibility of making arrangements, including food, for those sitting on dharna.

According to a PTI report, a roster is also being circulated among all opposition parties via WhatsApp, informing everyone about the arrangements for the day for the leaders. The menu ranges from curd rice and idli-sambar to tandoori chicken, gajar ka halwa, and fruits.

20 suspended Rajya Sabha members began a protest inside the Parliament premises on Wednesday, sources close to PTI said as the opposition rejected the Speaker's motion to revoke the suspension, expressing regret over the behavior of its members in the House. 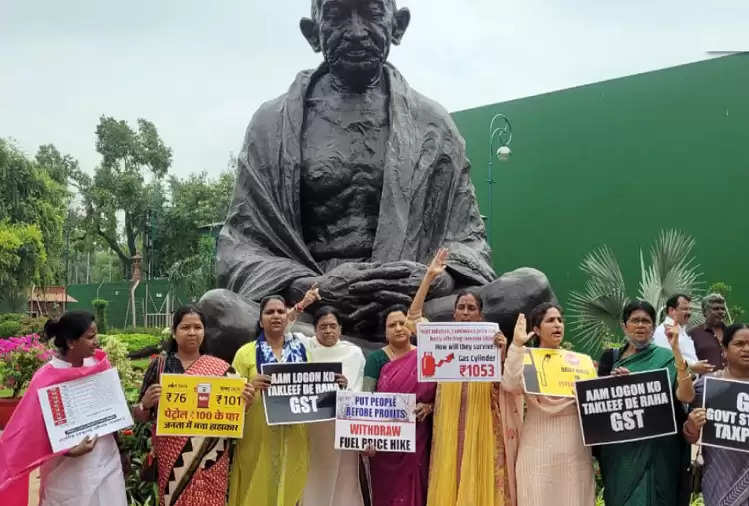 Trinamool Congress leader Dola Sen, who participated in the dharna, said the MPs are protesting near the Gandhi statue and will continue their dharna for a total of 50 hours. This comes as more MPs were suspended on Tuesday, bringing the total number to 24.

Those suspended on Monday and Tuesday include seven from TMC, six from Dravida Munnetra Kazhagam (DMK), three from Telangana Rashtra Samithi (TRS), and two from Communist Party of India (Marxist), Party of India (CPI), and Aam Aadmi Party. (AAP) and one member of each of the Communists.

AAP and DMK were instrumental in planning the roster for the event, while other parties decided to arrange regional cuisine for all the MPs. The AAP was responsible for setting up the tents, while the TMC arranged for the leaders to have fruits, sandwiches, and tea.