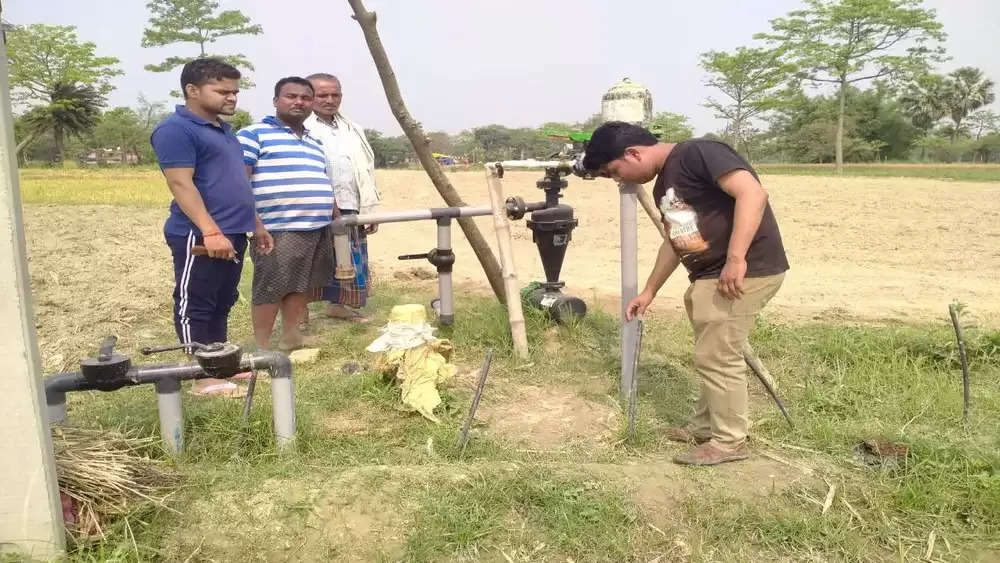 Water is very useful for our life as well as for agriculture and industrial sectors. As we know that India is an agricultural country, and about 70 percent of its population is dependent on agriculture. In agriculture, water is widely used for irrigation, pesticide spraying, and seedbed preparation from sowing to harvesting. Irrigation is a major activity in all these activities, due to which maximum amount of water is used.

About 80 percent of groundwater is used in agriculture. If this continues, it can take the form of a formidable problem, because if groundwater continues to be exploited at this rate, it can create a dreadful situation like a drought. Due to this both our life and agriculture can be affected on a large scale. The solution to all these problems lies in the micro irrigation system. About which Anshu Gangwar, Soil and Water Engineering expert of Krishi Vigyan Kendra, Parsauni, East Champaran, Bihar is telling.

According to Anshu Gangwar, Soil and Water Engineering Specialist of Krishi Vigyan Kendra, Parsauni, East Champaran, Bihar, as a solution to the wastage of water in irrigation, new techniques of irrigation have been invented, which will increase the efficiency of water use and increase the crop yield. Also promotes.

In the drop-drop irrigation method, the efficiency of using water is considered to be 90-95 percent and by this method, we can irrigate the crop in both surface and sub-surface methods. This method makes water available drop by drop at the root of the plant.

Similarly, in the Fabbara method, the efficiency of using the artificial method of water for crops is considered to be 80-85%. In this method, water is given to the plants in the form of artificial rain. This method can be adopted in any type of crop. For example, horticulture, pulses, oilseeds, and cereal crops (wheat, maize, etc.). Both these methods reduce the use of insecticides and weed killers in crops by about 30 percent.