Efforts to woo voters, an announcement for women in BJP-Congress manifesto 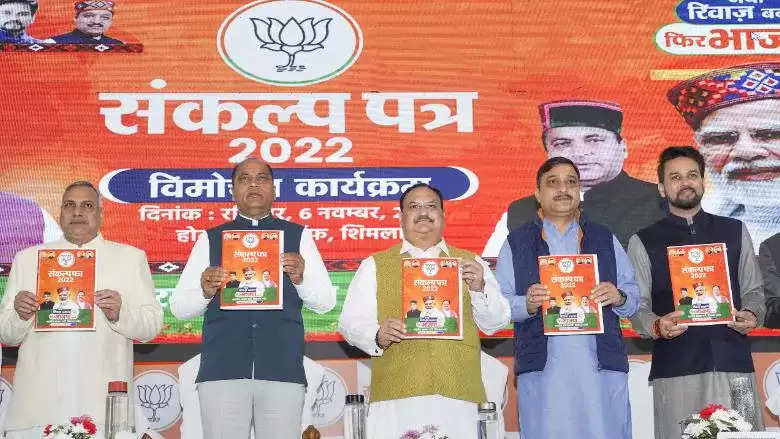 Issues related to women and religion are prominent in the election manifestos of the Bharatiya Janata Party (BJP) and the Congress in Himachal Pradesh and both parties are vying to win over voters for the crucial assembly elections to be held on November 12. The share of women in the state's population is almost half (49 percent). Know what both parties have announced for women in their respective manifestos.

The Congress on Saturday launched the Har Ghar Laxmi, Nari Samman Nidhi campaign under which 300 units of free electricity and Rs 1,500 per month have been promised to adult women. At the same time, BJP on Sunday released a dedicated manifesto for women voters, which is being called Stree Sankalp Patra.

The BJP's manifesto dedicated to women has promised cycles for school students, scooties for college students and to raise omen for the marriage of girls from BPL families, including financial assistance. Stree Shakti Sankalp promises to provide 33 percent reservation to women in government jobs and educational institutions.

The manifesto of both the parties also focused heavily on religion, with the BJP launching 45 special buses from New Delhi, Jaipur, Chandigarh, Meerut and Mathura promising Him Tirath circuit to connect major temples and Shakti Peeths. .