Development work is going on at a fast pace in Hindoli-Nainwan of Bundi district: Ashok Chandna 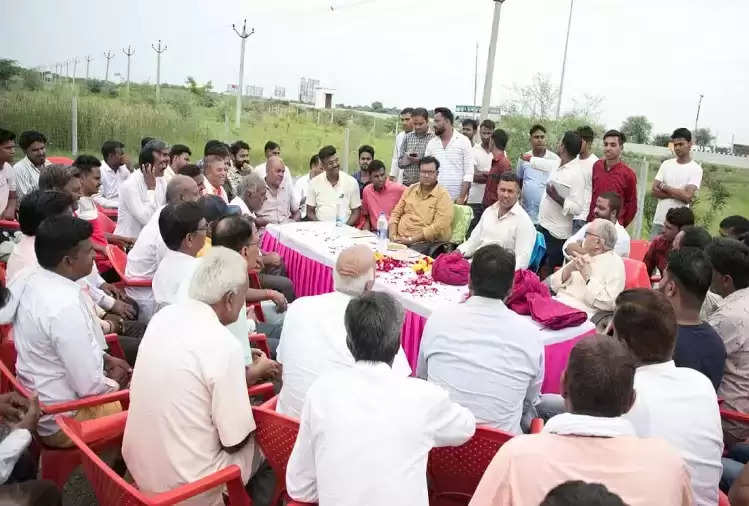 Along with the all-round development of Rajasthan, development works are being done at a fast pace in the Hindoli-Nainwan of Bundi district. Every day the people of the area are getting the gift of development works from the state government. Minister of State for Information and Public Relations Ashok Chandna said this while addressing the general public in a program organized at Gothda, Nainwan of the Hindoli-Nainwan area of ​​Bundi district on Thursday.

He said that the State Government has made the people of the area feel development by giving administrative and financial approval for 32 crore dams, 10 crore roads, and renovation works of old dams for 22 crore in this week. This journey of development will continue uninterruptedly and on July 30, the Chief Minister of Rajasthan will lay the foundation stone for development works to be done with 1500 crores in the new sports stadium of Hidoli.

He said that for the first time in the state, the foundation stone of development works to be done in a rural assembly for 1500 crores is going to be laid. Hindoli-Nainwan is such an area in Rajasthan, where the foundation stone of 5 government colleges will be laid in a day. Having five colleges in the same tehsil is a big example in itself. He said that 150 crore road works have been done and 175 crore road works are going to be done.