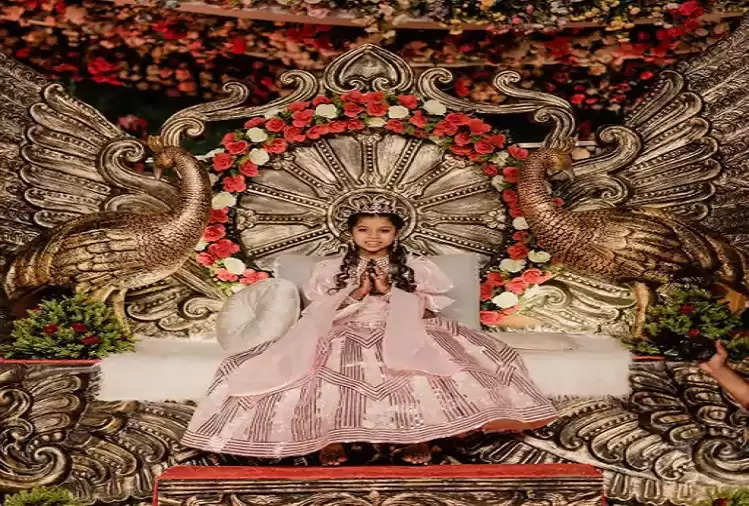 Whose mind is fixed on God, then he does not see anything else in life, his mind is not fixed on anyone other than God. This is what happened in Surat, Gujarat where Devanshi, the granddaughter of a diamond merchant Sanghvi Mohanbhai and the 9-year-old daughter of Dhanesh Ami Ben, took sannyasa.

According to the information, Devanshi took initiation from Jainacharya Kirtiyashsurishwar Maharaj in the presence of more than 35 thousand people. Now she will be called Sadhvi Pragyashree. If the news is to be believed then Devanshi is knowledgeable of 5 languages. She is an expert in Sangeet Skating, Mental Maths, and Bharatanatyam.