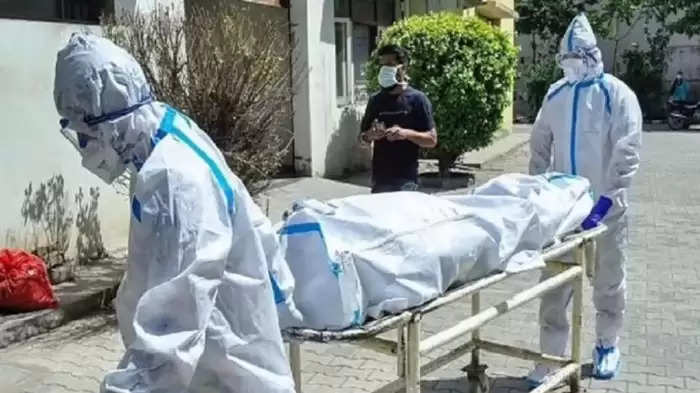 The increase in the number of active corona patients in the country has once again raised the concerns of the people. According to the data released by the Ministry of Health on Saturday (July 16), the number of active patients in the country has increased to 1,40,760, which is 1,687 more than yesterday. At the same time, 20,044 new cases of corona have been reported in the last 24 hours and 18,301 people have also recovered. During this 56 patients also lost their lives. A total of 5,25,660 people have died since the beginning of the pandemic.

Corona's speed increased in Delhi
In the last 24 hours, 601 new cases of corona have been reported in Delhi and the rate of infection has been recorded at 3.64 percent. However, it was a matter of relief that not a single death occurred during this period. So far 19,43,026 cases of infection have been reported in the national capital and 26,289 patients have died. The bulletin said that 16,499 samples were tested a day earlier. Let us inform you that in the figures of Friday, 520 cases were reported in Delhi and one patient died. The bulletin said that at present 2,010 patients of Covid are under treatment in Delhi.

365 new cases of corona in the last 24 hours in Mumbai
In the last 24 hours in Mumbai, the capital of Maharashtra, 365 new cases of corona have been reported and two people have died. With this, the total number of infected in the city has gone up to 1,120,537 while the total number of dead has gone up to 19,629. However, during this time 528 people also became healthy. At present, there are 2,640 active patients in the city.

WHO again issued a warning regarding Corona
The coronavirus epidemic has raised its head again. A new sub-variant of the coronavirus, which has been wreaking havoc for two and a half years, has raised concern in many countries of the world including America. This sub-variant of the variant Omicron of the coronavirus is being known as BA.5. Many experts have described it as the most infectious sub-variant so far. Given its rapid spread, the World Health Organization (WHO) has requested all the countries of the world to make wearing masks mandatory again.