Corona increased tension!: PM Modi will hold meeting with Chief Ministers today, the situation of Covid-19 in the country will be discussed 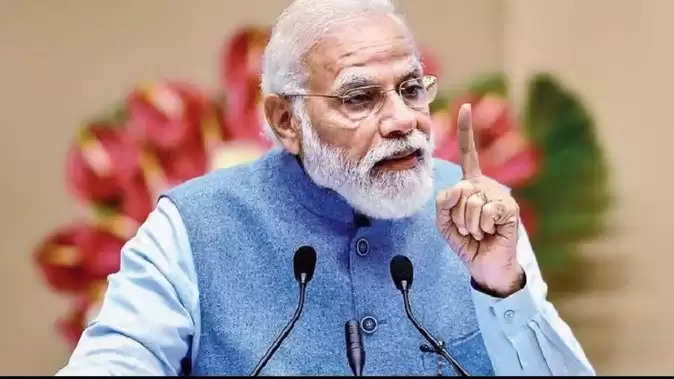 Prime Minister Narendra Modi will discuss with the Chief Ministers of various states today through video conferencing, regarding the increasing cases of corona infection in the country. PM Modi has given this information by tweeting. By tweeting, he said that "he will hold talks with the Chief Ministers of the state at 12 noon on Wednesday and review the situation of Corona." Earlier, the PMO told that in this meeting, Union Health Secretary Rajesh Bhushan will give a presentation. Corona infection and deaths have started increasing again in many states of the country. In the Mann Ki Baat program on Sunday, PM Modi had urged people to keep following the precautions related to Covid. Senior officials of the Prime Minister's Office will also attend this meeting along with PM Modi. Union Home Minister Amit Shah, Union Health Minister Mansukh Mandaviya and officials related to his ministry are also likely to attend the meeting.

Let us inform that on Tuesday, 2,483 new cases of Covid-19 were reported in the country in a single day. With this, the total number of people who have been infected with the corona virus in the country so far increased to 4,30,62,569. At the same time, the number of patients under treatment has come down to 15,636. Children between five and 12 years of age will get Corbevax-Covaxin vaccines India's drug regulator has approved emergency use of two COVID-19 vaccines for children up to 12 years of age. Union Health Minister Mansukh Mandaviya informed that the Drug Controller General (DCGI) has approved the Biologics-E vaccine Corbevax for children aged 5 to 12 years and Bharat Biotech's Covaxin for children between 6 and 12 years of age.

At the same time, DCGI has approved the emergency use of two-dose Covid vaccine of Zydus Cadila for children above 12 years of age. These two doses of Zycov-D will be given on days 0 and 28. Previously three doses of Zycov-D were given. The DCGI has given this approval following the recommendation of the Expert Committee of the Central Drug Quality Control Organization (CDSCO). The committee last week considered the applications of Corbevax and Covaxin seeking emergency clearance.

Right now children older than 12 years are getting vaccinated
The Corbevax vaccine is currently being used for children aged 12 to 14 years. Covaxin was approved for emergency use on December 24, 2021 in adolescents aged 12 to 18 years. Vaccination for 12 to 14 year olds started in India on 16 March.

70% of those who took extra doses did not get infected in the third wave
70 percent of people who took the extra dose of the corona vaccine did not become infected during the third wave. This result has been revealed in a study conducted on 6 thousand people. The study led by Dr. Rajeev Jayadevan, co-chair of the Task Force of the Indian Medical Association on Corona, also revealed that 45 percent of people who did not take additional doses were re-infected.