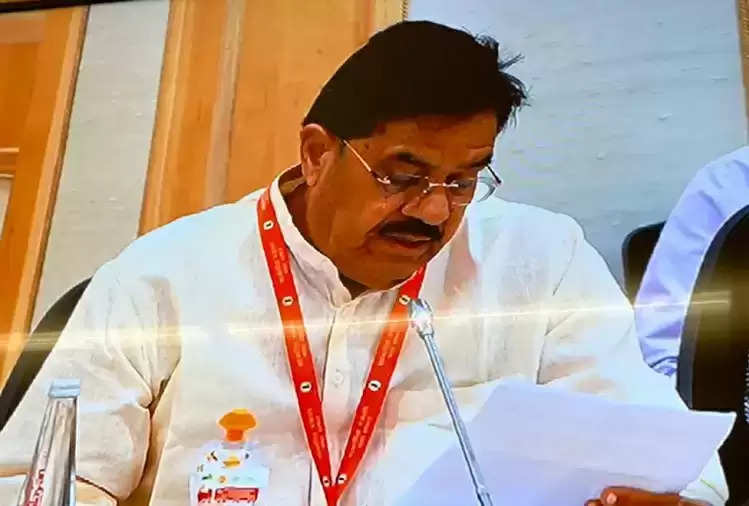 Cooperative Minister Udayalal Anjana has urged the Central Government to help the multi-state credit cooperative societies like Adarsh, Sanjeevani, and Navjeevan to return the amount to the aggrieved investors of Rajasthan.

Udayalal Anjana said in the Cooperative Ministers' Conference held at Vigyan Bhawan in New Delhi on Thursday that the hard-earned money of lakhs of small savings people of Rajasthan has been snatched away by multi-state credit cooperative societies like Adarsh, Sanjeevani, Navjeevan. A big betrayal has happened to all these victims' families, it is very distressing. He said that the Central Government should help in returning the amount to the victims of Rajasthan.

He said that various central agencies like ED, Income Tax Department, etc. should give relief to the aggrieved investors by cooperating and coordinating among themselves.

ED and Income Tax Department have seized the properties for the supply of demand, which is hindering the payment to small investors, first of all, the investors should be given relief. He urged that the Central Government should direct these agencies.

The Cooperation Minister said that as soon as this matter came to the notice of the State Government, the Raj Sahakar Portal was opened immediately and complaints of the victims are being taken. Till now more than 01 lakh complaints have been received. In the interest of investors, 07 thousand Istgas have been registered so far by declaring designated courts.

He pointed out to Amit Shah, the Minister of Cooperation, Government of India that Chief Minister Ashok Gehlot has also written a letter to the Prime Minister urging him to return the money of the aggrieved investors and take strict action against these societies.