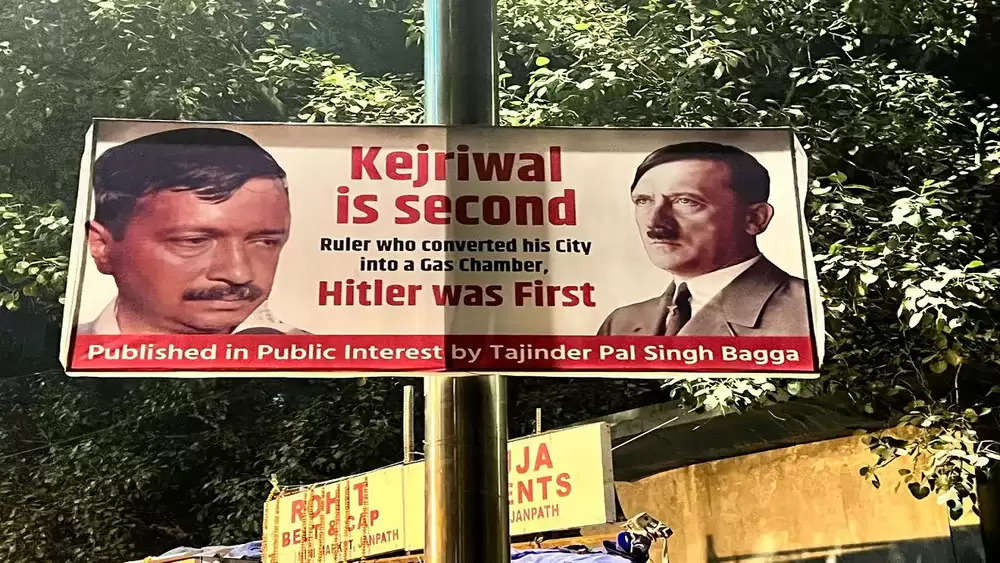 It is written in this poster that 'Kejriwal is the second ruler after Hitler who has turned the city into a gas chamber' and Tejinder Singh Bagga has written his name taking responsibility at the bottom of the poster. This is not the first time a BJP leader has put up such posters in the city.

Tejinder has already put up posters of 'The Kejriwal Massage Center'. In fact, there is tremendous politics going on regarding the VIP treatment being given to the minister Satyendra Jain, who is lodged in Tihar Jail. Satyendra Jain has been accused by the ED that Satyendra Jain gives head, and foot massages comfortably inside the jail.

Not only this, his wife comes to the jail to meet him almost daily and he is being served home food. Now the BJP is surrounding the Aam Aadmi Party all round about this. Tejinder Pal Singh Bagga got the posters of 'Kejriwal Massage Center' pasted outside Tihar Jail and at many places in Delhi.

On the other hand, Tejinder Singh Bagga released a video of himself with this poster on his Twitter handle saying that our CM Arvind Kejriwal is a very good man. He has opened a massage center inside Delhi's Tihar Jail. We have put this poster outside Tihar Jail so that the common man can also get free massage.