Click here to know the basic mantra of success from NEET topper Tanishka! 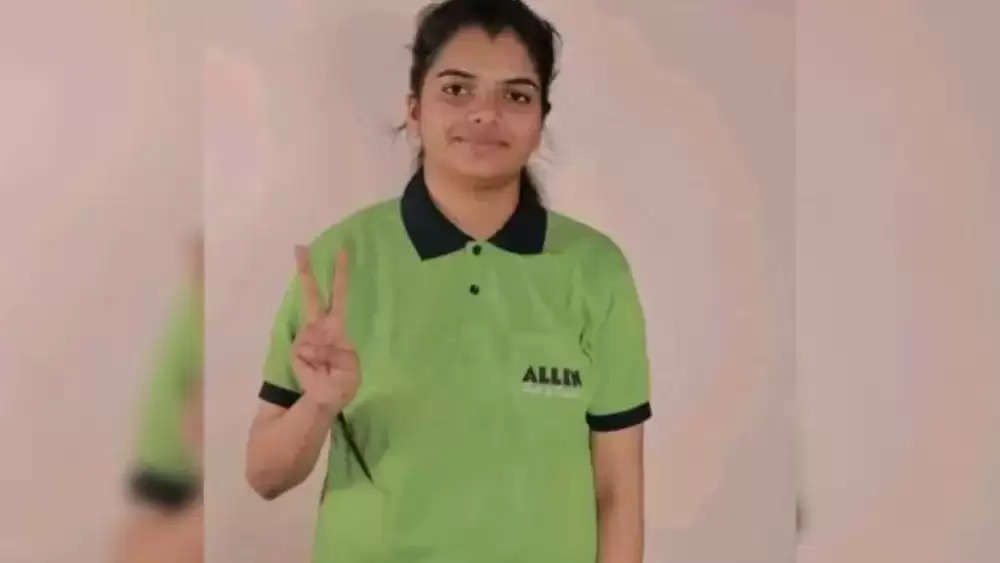 National Testing Agency (NTA) declared the result of the National Eligibility Entrance Test (NEET-UG ) for admission to medical courses on Wednesday. This year 9.93 lakh candidates cleared the exam. Tanishka of Rajasthan has become the topper of this year's NEET-UG exam. Delhi's Vats Ashish Batra and Karnataka's Hrishikesh Nagabhushan got the second and third positions respectively. 18.72 lakh candidates participated in the medical entrance exam. In this way, the pass percentage in NEET UG was 56.28 percent.

Tanishka, Vats Ashish Batra, and Hrishikesh Nagbhushan got 715 marks out of 720 in the NEET UG exam. But NTA decided the toppers this year under the new tie-breaker policy. The highest pass candidates in the NEET exam were from Uttar Pradesh. From here 1.17 lakh candidates cracked the exam. At the same time, Maharashtra was number two, where 1.13 lakh candidates were, and then Rajasthan was in third place, where 82,548 candidates passed. This year, the NEET exam was conducted in 497 cities in the country and 14 cities outside the country. 95 percent of the candidates who registered for the exam were present.

Tanishka, who topped the NEET UG exam, told in a conversation with a newspaper that since childhood they had a dream to become a doctor. She said that medicine is such a field, where you get an opportunity to help others. By doing this you can establish yourself. Tanishka further said that I started preparing for the NEET exam in class 11 itself. Then there was a lockdown due to COVID and then the offline study was interrupted. During that time many difficulties had to be faced. Because of this, my confidence was also reduced.

Tanishka said that offline study started in class 12th and then it did not take time to understand the answers to the questions from the teacher. In this way, my confidence came back again. I got to see the benefit of this during the exam. She further says that there was never any pressure from her parents regarding her studies. He always did the work of motivating me throughout this journey. Tanishka told that apart from going to coaching and school, she resorted to self-study. She used to study for 6 to 7 hours every day. She lays a lot of emphasis on revision.