Chief Minister Ashok Gehlot met the Governor, and discussed these issues in detail 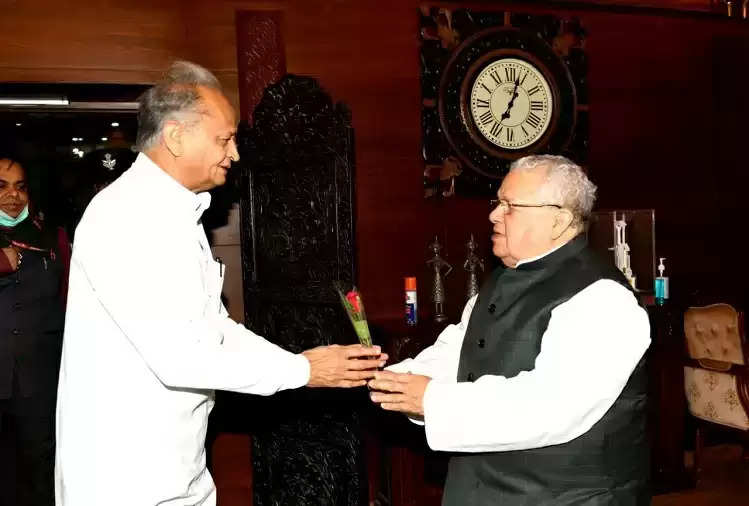 Chief Minister Ashok Gehlot reached Raj Bhavan on Sunday and met Governor Kalraj Mishra. During this, both expressed concern over the riots in Jodhpur and Karauli, saying that strict action should be taken against the culprits. While discussing the issues related to the incident in the dialogue, Governor Mishra said that such arrangements for law and security in the state should be ensured at all levels so that such incidents do not recur elsewhere.

In an hour-long meeting, both the Governor and the Chief Minister discussed in detail various issues like expansion of higher education in the state, creation of new posts in universities, quick filling of vacancies in nursing education, etc.

Governor Mishra and the Chief Minister also discussed connecting the youth with the courses of training, skill development, and entrepreneurship in relevant vocations under the Skill University. Along with this, dialogues were also held on issues like streamlining teaching and other activities in newly created universities, filling up of posts there, effective implementation of National Education Policy, etc.