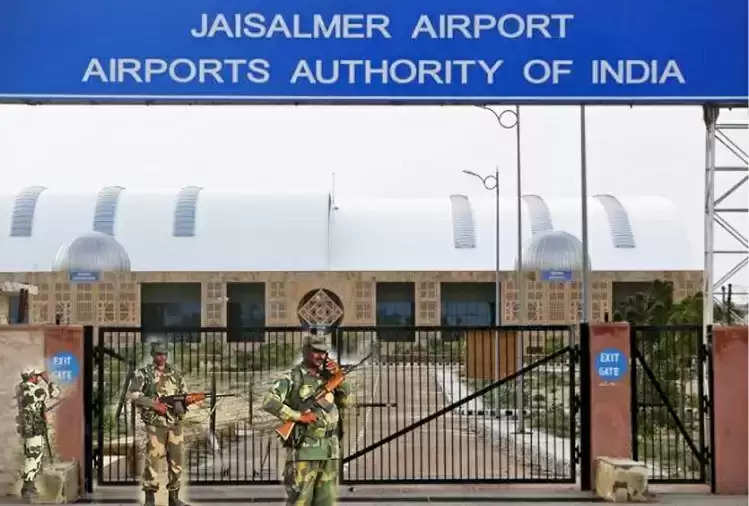 Actually, all this was a view of the mock drill of the NSG commands. For the first time, a large-scale mock drill was conducted to deal with the terrorist attack in Jaisalmer. More than 500 people from NSG, ATS, QRT as well as various agencies participated in the mock drill.

NSG commandos reached the airport premises on information about the presence of terrorists in the mock drill. At the same time, outside the premises, the police force and RAC personnel made a security circle.

Along with this, NSG airplanes also kept surveillance. During this various modern technology including drones also resorted. These days in Jaisalmer, the civil airport was transformed into a cantonment of security forces due to the mock drill being done by the NSG commandos.