Bikaner: A family devastated due to rain, the husband, wife, and their 13-year-old son buried under the roof of the house 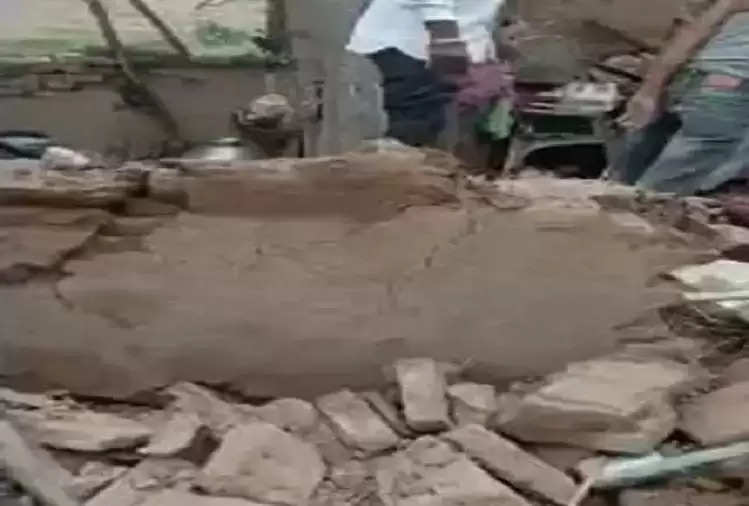 These days rain has become a cause of trouble for the people of many districts of the state. Due to rain, a playing family was destroyed in Bikaner late on Wednesday. Due to heavy rains in Dantour of Khajuwala tehsil of the district, the roof of a kutcha house collapsed late on Wednesday night. Three people have died due to being buried under it. Among the dead are the husband, wife, and their 13-year-old son.

According to reports, a house of 25 BLD Gram Panchayat 17 KHM Khajuwala collapsed due to continuous heavy rain for two hours on Wednesday. Mahavir Kumhar (40), his wife Savitri (38), and his 13-year-old son Yogesh died due to being buried under it.

According to reports, this house of Mahavari potter was built in the field. After this incident, Dantour Police Officer Harpal Singh reached the spot and got the three bodies kept in the mortuary. Cabinet Minister Govindram Meghwal has expressed grief over this accident in Bikaner.