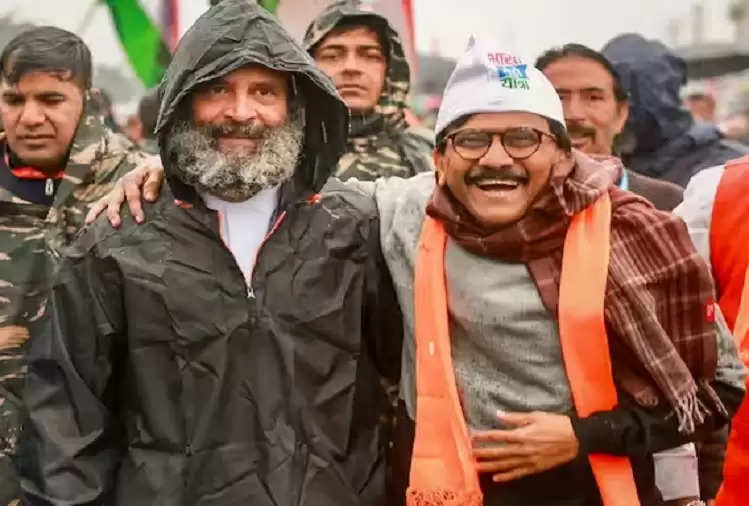 Rahul Gandhi's Bharat Jodo Yatra is in Jammu and Kashmir and now the journey is towards its last stop. The Yatra will end here with the hoisting of the flag. The yatra reached Hatli Mor in the Kathua district of Jammu and Kashmir amid rain and winter weather. Many big leaders including Sanjay Raut of the Shiv Sena Thackeray faction participated in the yatra here.

Rahul Gandhi's dress changed during the yatra Rahul Gandhi was seen wearing a black raincoat over a T-shirt. As soon as the journey started, due to bad weather, they had to wear these clothes. Let us tell you that the yatra started from Kanyakumari in Tamil Nadu on September 7, and will end in Srinagar on January 30.

According to information, MP Rahul Gandhi will unfurl the national flag in the summer capital of Jammu and Kashmir. During this, a large number of Congress leaders will be present here and besides this leaders of other parties have also been invited. Leaders of other such parties can also join it.