Bharat Jodo Yatra: Rahul Gandhi made a big disclosure about his marriage, and also told his first salary 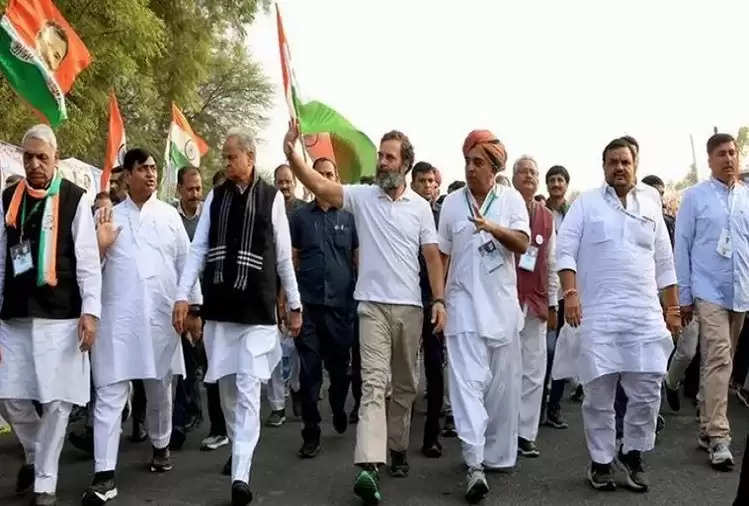 Bharat Jodo Yatra is now on its last leg and it has reached Jammu and Kashmir. The yatra will end on January 30 with the hoisting of the flag. Although it will take five months to complete this journey and after traveling about 3500 kilometers this journey will be completed. But in the middle of this journey, he has also given an interview which has been covered on social media.

In this interview, he talks about his life. He has told everything about his marriage, what he likes to eat and where he got his first job along with his studies. Has disclosed his marriage. He said that he is waiting for the right girl for marriage.

Congress shared the video of this conversation during Rahul's dinner during the Rajasthan leg of the Bharat Jodo Yatra. In the video, Rahul is saying that he does not take much mean-mekh in food but he does not like 'peas and jackfruit'. Rahul said that he is a 'non-vegetarian' and he likes chicken, mutton, and seafood. Rahul Gandhi also mentioned about studying from St. Stephen's to Harvard University. Also said that Monitor used to work in the company and his salary was 3 thousand pounds.