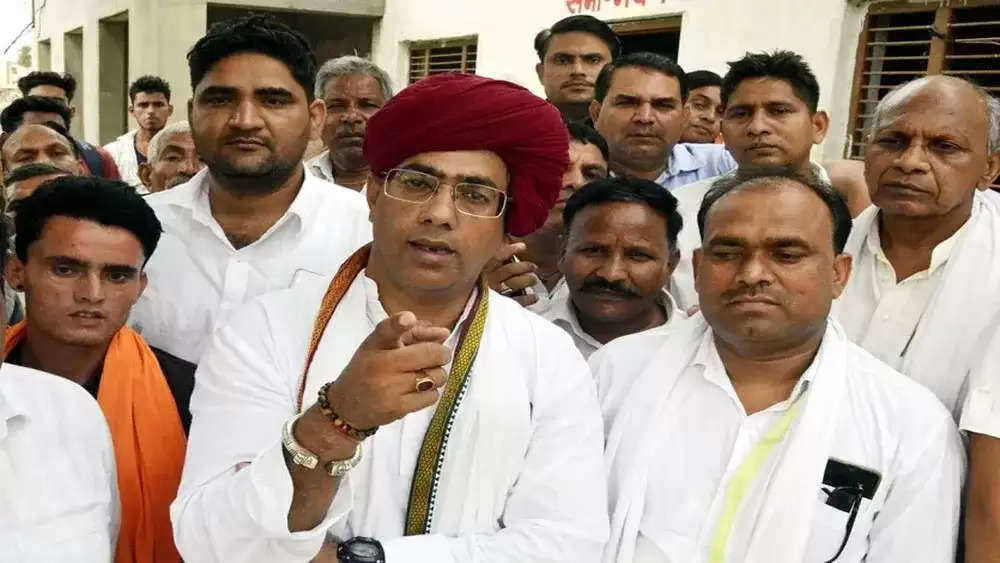 Apart from the tussle of the Congress before Rahul Gandhi's ' Bharat Jodo Yatra ' in Rajasthan, many other challenges are also coming to the fore. Voices of protest have started erupting on many fronts regarding the yatra where Colonel Kirori Singh Bainsla's son and president of Gurjar Aarakshan Sangharsh Samiti, Vijay Singh Bainsla has warned not to take out the yatra if the agreement of Gurjar reservation is not fulfilled. At the same time, a section of the Gurjar community has distanced itself from him. Before reaching Rajasthan, there has been a split in the Gurjar community due to the protest against Bharat Jodo Yatra. While Vijay Bainsla announced to oppose the yatra, another group said on Sunday that it was Vijay's personal decision that he would choose his leader in the panchayat.

It may be known that last Sunday, during the darshan at Bhairoon temple in Sikar's Ringas, Bainsla threatened that if the Gujjar reservation agreement was not implemented, the Congress would take out its 'Bharat Jodo Yatra' in Rajasthan. After Bainsla's statement, several leaders of the Gehlot group also retaliated.

Let us inform that on last Sunday, Gujjar leaders of other factions told the media that if the pending demands of the Gurjar community are not fulfilled in a month, they will oppose Gehlot's meetings and tours. Committee office bearers Shailendra Singh, Captain Jagram Singh, and Hakam Singh told that Gurjar Samaj has no idea to oppose Rahul's meeting and they will prepare a further outline of the movement in the panchayat of the society.

Apart from this, the people associated with the committee said that the decision to stop Bharat Jodo Yatra is the personal opinion of Vijay Bainsla, it is not the opinion of the society. He said that the name of the person leading the movement will be chosen through the panchayat itself.

On the other hand, Vijay Baisla said that no one has come forward from the government to solve our demands and in such a situation, Gurjar will not wait any longer and will fight from side to side. Bainsla had said that the state government will be responsible for whatever happens now and Gurjar community is ready to protest at any level like the old movements and we can even influence the road-train route for our demands.