Barmer: In a fierce collision between a private bus and a car, two people died, and two injured 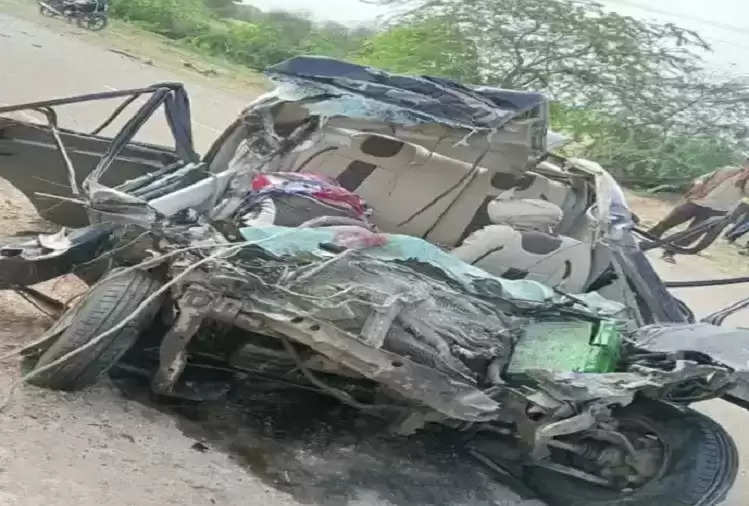 A painful road accident happened this morning in the Barmer district of Rajasthan. Here two people lost their lives in a fierce collision between a private bus and a car. While two other women were seriously injured in this road accident.

According to reports, this road accident happened on Rajbera road near the village of Shiv police station area of ​​Barmer. It was such a painful accident that one person died on the spot. While another woman breathed her last during treatment in the hospital. Two women injured in the road accident have been referred from the district hospital to Jodhpur.

According to reports, the occupants of the car were residents of Unjha in Gujarat. These people were going to visit Ramdevra in the Jaisalmer district. The deceased have been identified as Dinesh and Varsha. The police have started their investigation by registering a case.