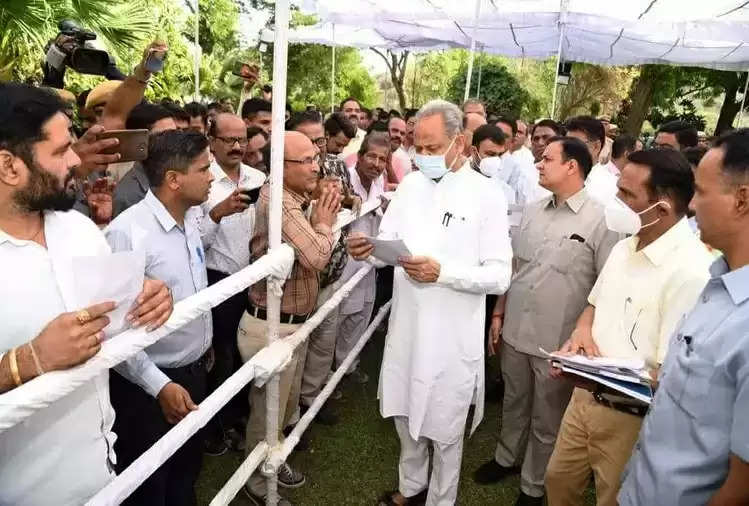 Chief Minister Ashok Gehlot held a public hearing at Udaipur Circuit House on Thursday. While listening to the grievances of the general public, he directed the officers for time bound disposal. During this, Ashok Gehlot said that the officers should listen sensitively to their grievances while benefiting maximum people from the schemes of their departments.

On this occasion, a large number of people reached to meet Chief Minister Ashok Gehlot. Appreciating the welfare schemes by the state government, he apprised the Chief Minister about the availability of basic facilities and public problems. Gehlot also heard all the complainants one by one, took their memorandums and directed the concerned officers to solve them.