Amit Shah reached Purnia in Bihar, a gathering of veterans on the stage of public sentiment rally 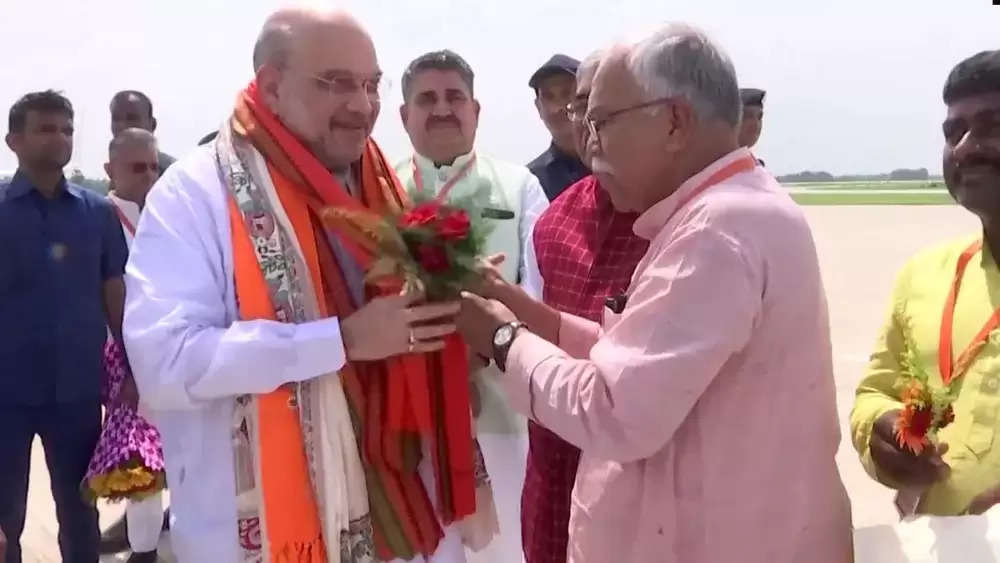 Home Minister Amit Shah has reached Purnia on a two-day tour of Bihar. Amit Shah will address a huge public sentiment rally at Rangbhoomi Maidan in Purnia. A huge crowd has gathered for Shah's rally. This is the first major rally of the BJP in Bihar after being ousted from power. This rally of Shah is being considered the beginning of the 2024 Lok Sabha elections from Bihar. BJP has made grand preparations for Shah's visit to Seemanchal. BJP leaders including Sushil Modi, Giriraj Singh, Ravi Shankar Prasad, Radha Mohan Singh, Renu Devi, and Vijay Sinha are present on the stage with Amit Shah.

Along with this, Bihar BJP in-charge Vinod Tawde and former minister Shahnawaz Hussain are also present on the stage.

Amit Shah in Kishanganj on Tuesday

Amit Shah will leave for Kishanganj after addressing the public meeting in Purnia. On Tuesday, he will visit the Budhi Kali temple in Kishanganj and offer prayers. After this, Fatehpur will go to the SSB camp located on the Nepal border. Here he will hold a meeting with the officials and Shah will review the security arrangements on the border.

In which Congress has five seats, RJD has seven seats. JDU has four seats. Even though this area is Muslim majority, there is also a large population of very backward and backward voters. RJD has been winning here on the basis of Muslim-Yadav and JDU Muslim and backward.