All parties should make efforts to declare ERCP as a national project in the interest of the state: Ashok Gehlot 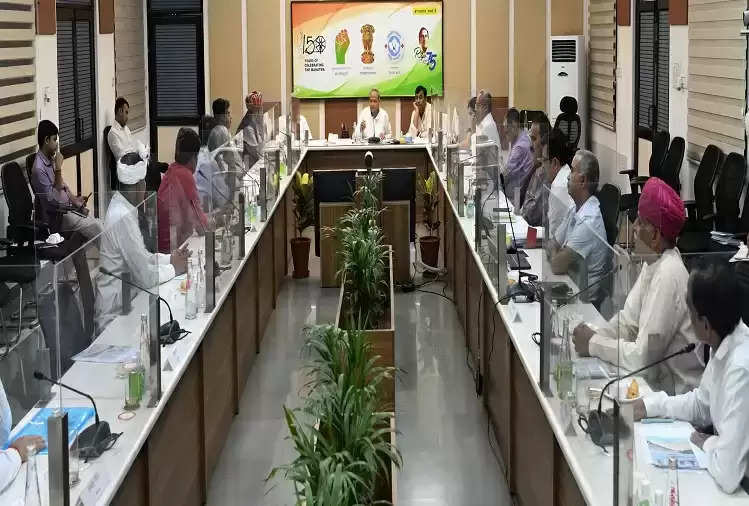 The Eastern Rajasthan Canal Project (ERCP) is vital for ensuring the availability of drinking water and irrigation water in 13 districts of the state. The state government is committed to supplying water to 13 districts. Chief Minister Ashok Gehlot said this while addressing an all-party meeting on ERCP at the CM residence.

In this regard, he tweeted that this topic is beyond politics. The government is not doing any politics in this. That is why in the interest of the state, all the parties together should make efforts to declare it a national project. In this, if the work is done by the state government with its limited resources, then it will take more time. In this, funds will be received from the center, only then it will be completed in time and the public will get water.

In Jal Jeevan Mission, it is necessary to have a source of water to carry water from door to door. If ERCP does not come, how will the water come in the taps? It is necessary to implement it only with the cooperation of all the parties.

A message should go to the Prime Minister that in the all-party meeting, it has been agreed to declare it as a national project. The present government is taking it forward in the interest of the state. It started with the BJP government. So we should move beyond politics.