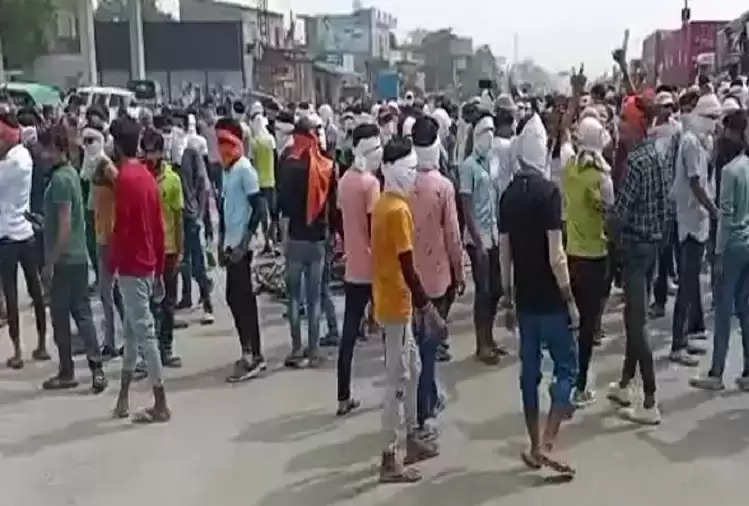 Protesters slammed tires on the highway passing through Behror and set them on fire. He even expressed his anger by pelting stones at the police who reached the spot. The police had to use mild force to bring the situation under control.

According to reports, a large number of youths blocked the Delhi-Jaipur Highway this morning. Due to this, there was a long traffic jam on both sides of the highway. There is a jam of 10 to 15 km long on this highway.

Demonstrations are being held in many states of the country regarding this scheme of the Central Government. In Secunderabad, one person was also killed in police firing during the demonstration. Several trains had to be canceled due to the protest.