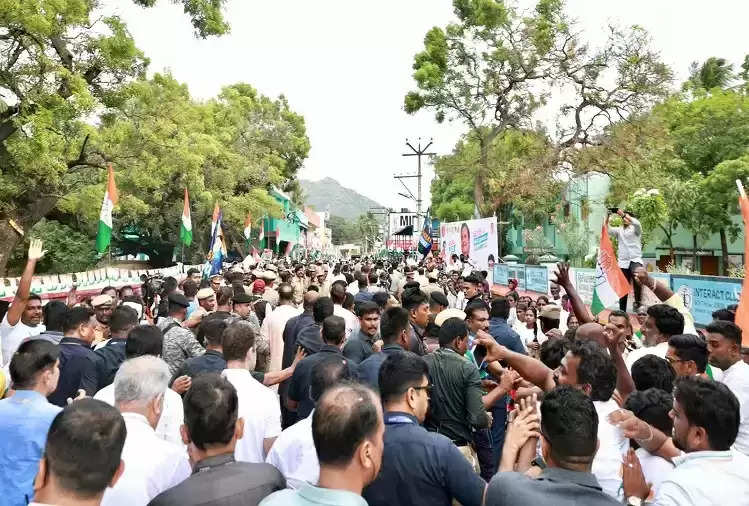 On Tuesday, the third day of Congress 'Bharat Jodo Yatra' in Kerala also witnessed an enthusiastic crowd for the yatra. Amidst the intermittent rain here, a large number of people stood on the roadside to greet Congress leader Rahul Gandhi and the pedestrians. Congress leaders, including Gandhi, were walking on the streets without an umbrella during the rain.

In a post on Facebook, Gandhi wrote, "Even though we have blisters on our feet, we are going to unite the country, we are not going to stop," Gandhi wrote, referring to lines from a Hindi poem. ' It's the third day of the journey. The journey started from Kanyapuram near Kazhakootam here at around 7.15 am. During this, an enthusiastic crowd of people was seen like the last two days of the Kerala phase. Under the 'Bharat Jodo' Yatra, a distance of 3,570 km will be covered from Kanyakumari to Kashmir in 150 days.

When the yatra reached its first halt of the day at Attingal here, All India Congress Committee (AICC) general secretary communications in-charge Jairam Ramesh tweeted, "The padayatra has just reached its early morning halt at Mamom near Attingal, where There will be several rounds of talks with different groups.”

The yatra will resume at 5 pm and end at Kallambalam junction here in the evening. By the time the journey ended on Monday evening, a distance of 100 km had been covered.