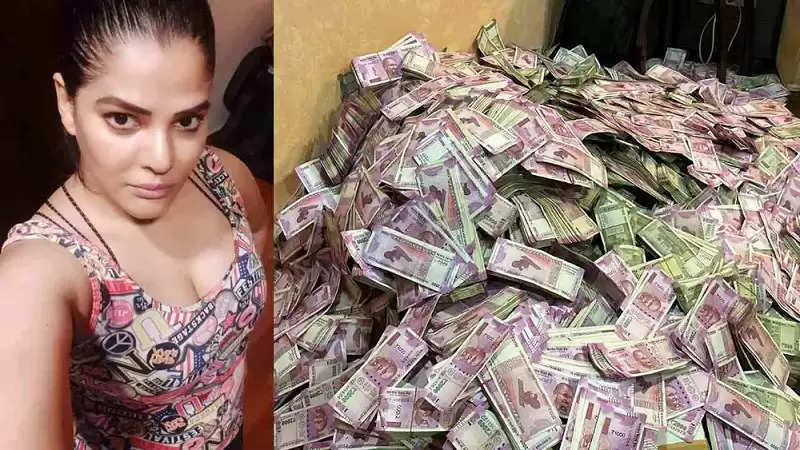 The big news of this time is coming out from West Bengal. Central probe agency Enforcement Directorate (ED) is conducting a search operation on various premises related to recruitment scams in the West Bengal School Service Commission and West Bengal Board of Elementary Education.

The big news of this time is coming out of West Bengal. The Central Investigation Agency Enforcement Directorate (ED) has taken swift action on Friday in the case related to the recruitment scam in the West Bengal School Service Commission (WBSSC) and West Bengal Board of Primary Education. After senior Trinamool Congress (TMC) leader and state Industries Minister Partha Chatterjee, his close aide Arpita Mukherjee also came under the scanner of the ED's search operation. The ED conducted a search operation in the residential premises of Arpita Mukherjee. In which ED got cash of 20 crores. In this, bundles of 500 and 2-2 thousand notes have been recovered. The ED team is interrogating both at Partha Chatterjee's house and Arpita's South City flat. About 16 hours have passed for the investigation team while interrogating Arpita. In Birbhum district also the wires of Arpita's property are being traced.

According to media reports, the ED team is taking help from cash counting machines and bank officials to count 20 crores. Along with this, the ED team has also recovered more than 20 mobile phones from Arpita Mukherjee's premises. ED is engaged in their investigation. The ED is also recovering incriminating documents, records, details of suspicious companies from various premises of persons linked to the scam. The investigating agency is also questioning West Bengal minister and TMC leader Partha Chatterjee in the case. ED officials also raided the residence of Minister of State for Education Paresh Adhikari in Cooch Behar district. Let us tell you that the CBI has interrogated both the ministers for hours in the SSC recruitment scam case.

This is @MamataOfficial 's Bengal model where cash stolen through illegal means in recruitment scams is coming out now.

ED has seized Rs 20 crore from the premises of Arpita Mukherjee, a close aid of WB Minister Partha Chatterjee.

Truly, TMC is breaking all records of corruption. pic.twitter.com/OoXkZVyPMY

At the same time, BJP state president Dr. Sukant Majumdari has targeted the Mamta government. He said that the Bengal model of illegally stealing cash in recruitment scams is now coming to the fore. ED has seized Rs 20 crore from the premises of Arpita Mukherjee, a close aide of West Bengal minister Partha Chatterjee. Truly TMC is breaking all the records of corruption.

It is known that the ED had raided the residence of senior Trinamool Congress (TMC) leader and state Industries Minister Partha Chatterjee early in the morning. The ED officials had also confiscated the phones of the house guards. This raid took place in the West Bengal School Service Commission recruitment irregularity scam case. Along with this, the ED also raided the house of Minister of State for Education Paresh Adhikari.

This chief is under the scanner of ED