14 people died due to storm and heavy rain in Assam, PM Modi expressed grief by tweeting 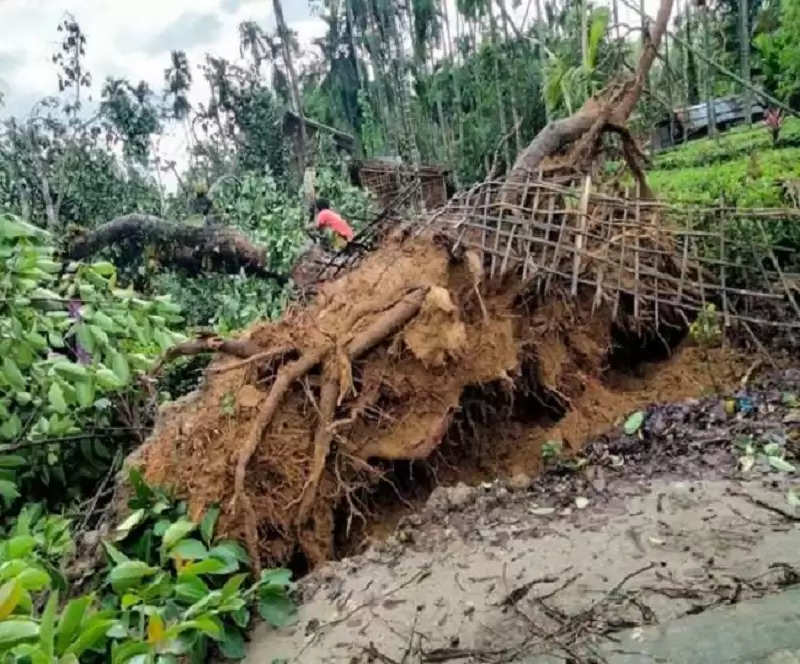 According to the information given by the Assam State Disaster Management Authority, 8 people died due to lightning in the state yesterday, which has now reached 14. About 592 villages have been damaged due to heavy rains.

At present, the outbreak of heat is going on across the country and mercury is increasing in many states. At the same time, the weather has taken a sudden turn in Assam. The heavy rainfall and storms here last night have caused a lot of damage. Several people have died in different districts due to storms, lightning, and heavy rains. At the same time, information has been received about the death of many people in a road accident due to heavy rains, on which PM Modi has also expressed grief.

On the other hand, according to the Assam State Disaster Management Authority (ASDMA), 8 people died due to lightning in the state yesterday, whose number has now increased to 14.

PM Narendra Modi has also condoled the loss of lives of common people due to rain and storm in Assam. PM tweeted, "Saddened by the death of people in a road accident in Vishwanath district of Assam. Condolences to the families of those who lost their lives. I pray that the injured get well soon.

Several vehicles were stuck on National Highway 54E after a massive landslide near Kellolo village in Assam's Dima Hasao district. Heavy traffic jams were witnessed on the National Highway and several vehicles got stuck in the mud. The hill district has been witnessing massive landslides after incessant rains in the past few days. Several parts of the road have been damaged due to landslides and people are also facing difficulty in commuting. Let us tell you that a similar situation happened last year also during the rainy season. Meanwhile, NHAI and district administration are busy clearing the road and debris.