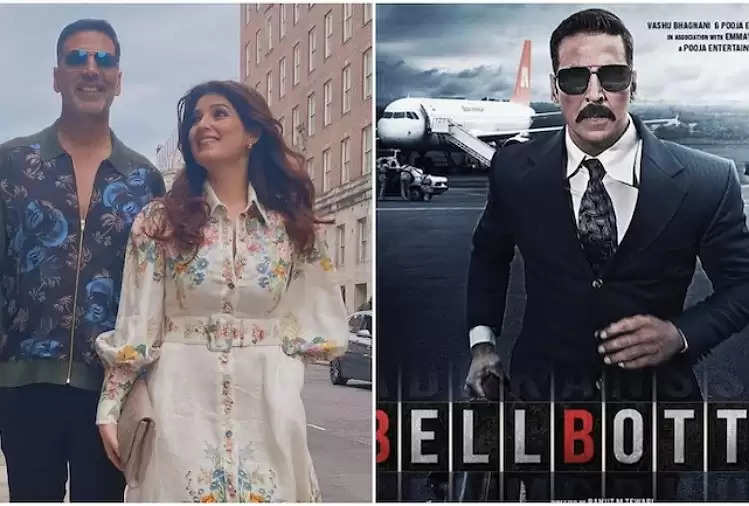 Bollywood's Khiladi Kumar i.e. Akshay Kumar's film "Bell Bottom" is being released in theaters across the country today on August 19. Twinkle Khanna reviewed 'Bellbottom' and said it a 'must-watch film. Actor Ajay Devgn gave a special message to Akshay and congratulated him for the film.

Twinkle Khanna shared a photo from her Instagram account, in which you will be able to see Akshay walking behind Twinkle. This photo is from London. Where recently "Bell Bottom" premiered.

Dear Akki, I’ve been hearing good reviews of Bell Bottom. Congratulations ???? Also, your leap of faith in making it a theatrical release is praiseworthy. With you in this????????@akshaykumar#BellBottom

The two attended the premiere together. Sharing the photo with Akshay, Twinkle Khanna wrote in the caption, "Looks like a walk in the park but we are going to do something better, screening of Mr. K's great film Bellbottom! must watch''