TMKOC: Ghanshyam Nayak used to work for hours for three rupees, the role of Nattu Kaka changed his life Nattu Kaka aka actor Ghanshyam Nayak, who has been seen in the TV serial 'Taarak Mehta Ka Ooltah Chashmah' for years, has said goodbye to this world forever. Ghanshyam Nayak took his last mother-in-law on Sunday at the age of 77. He had been ill for a long time. Not only this, but he was also unable to go for shooting on the sets of 'Taarak Mehta Ka Ooltah Chashmah' in his last days. He was associated with this serial for 13 years. He was seen working in Jethalal's shop Gada Electronics in this serial. In such a situation, when his fans came to know about the death of the actor, everyone was seen paying tribute to him with sadness. 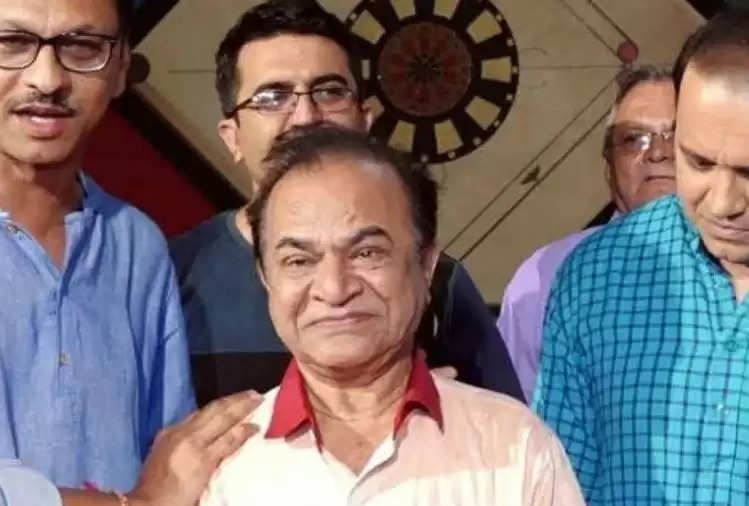 Nattu Kaka i.e. Ghanshyam Nayak has achieved a lot of fame in his life. But like every common man, he had to struggle hard to get success in his career, which he had given in one of his interviews. Let us tell you about his career.

Ghanshyam Nayak was one of those people who dream of becoming an actor in his childhood. For this reason, he caught the line of acting at a very young age and started working in films as a child artist. He started his acting career with the 1960 film Masoom. After this Ghanshyam Nayak acted in many hit films, including 'Beta', 'Aankhen', 'Andolan', 'Barsaat'. He was also seen in the film 'Hum Dil De Chuke Sanam'.

Ghanshyam Nayak recalled his days of struggle in one of his interviews. During this, he told that he has faced a lot of difficult times in his life. He has also seen days when he used to work 24 hours a day for just 3 rupees because in those days not much money was given in the film industry.

However, the serial 'Taarak Mehta Ka Ooltah Chashmah' changed the life of Nattu Kaka. This serial gave him a name along with money. It was only after being a part of this serial that the late actor bought his two houses in Mumbai itself. He had told in one of his interviews that his life had changed after this show. He started having money.

For information, let us tell you that the sad news of the death of Ghanshyam Nayak was shared by producer Amit Modi. He told that Nattu Kaka was battling cancer for a long time. He also had two operations a few months back. Due to age, he could not go for shooting daily but he was a part of Taarak Mehta's team from the beginning till now.