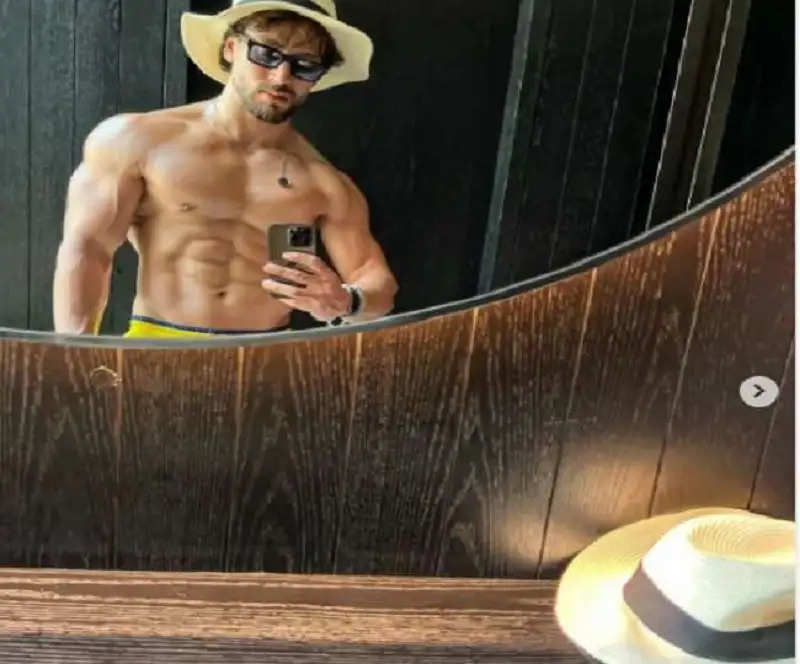 Actor Tiger Shroff is in a lot of discussion about his tremendous action in films and his fitness. Now on Monday, he has shared shirtless pictures on social media in which he is seen flaunting his abs.

Actor Tiger Shroff is in a lot of discussion about his tremendous action in films and his fitness. He often shares pictures and videos of his workout sessions with fans on social media. Now on Monday, he has shared pictures on social media, in which he is seen flaunting his abs.

The actor shared this picture on his official Instagram handle. In the photo, Tiger is seen shirtless standing in front of the mirror and taking a selfie. During this, the actor is also wearing a hat and dark sun glaze. Wrote Funny Caption Sharing these pictures on Instagram, the actor wrote the caption, 'The cap borrowed looks lovely, but it may go away later.' Fans are lovingly liking these pictures of Tiger on Instagram. The pictures have been liked by more than three and a half lakh people so far (till the time of writing the news).

On the other hand, if we talk about his work front, then he will soon be seen in the film Tiger Shroff Heropanti 2 with actress Tara Sutaria and Nawazuddin Siddiqui. The actor will be seen in a different style in this film. Directed by Ahmed Khan, the film is being produced under the banner of Sajid Nadiadwala. The film will be released in cinemas on April 29, 2022, on the occasion of Eid.

Apart from this, the actor is going to be seen in Ganpat Part One. In this film, he is going to be seen in the lead role with actress Tara Sutaria. Recently the motion poster of the film was released, in which Tiger is seen in a bang style. Directed by Vikas Bahl, the film is being produced under the banner of Pooja Entertainment. This action drama film will be released in the year 2022 on the occasion of Christmas.