Hindi cinema is the biggest cinema in the world. Many actors and actresses rule Bollywood from time to time. Today we are going to talk about actor Raj Kapoor and actress Nargis, who have worked together in many films. While working with each other, both of them started falling in love with each other. Raj Kapoor was married at that time. At the same time, he was having an affair with Nargis Dutt. 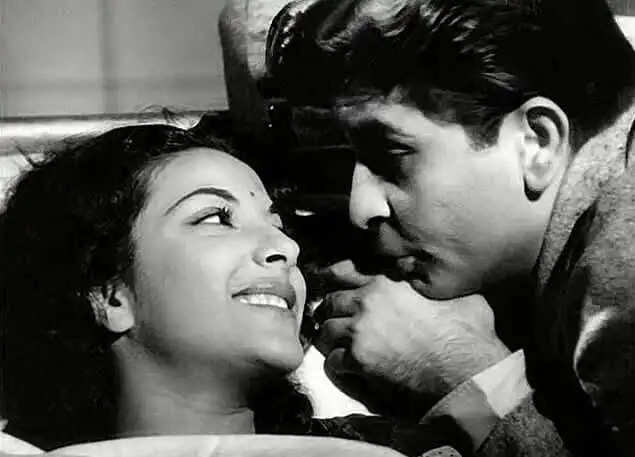 Raj Kapoor and Nargis met when once the showman went to the house of singer, composer, and dancer Jaddan Bai in connection with some work. Jaddan Bai was Nargis's mother. Jaddan Bai was not home at that time and Nargis had opened the door for Raj Kapoor. Nargis was so beautiful that Raj Kapoor fell in love with her at first sight.

Gradually, the identity of both of them increased and both started working together. This relationship lasted for many years. Nargis then got hopes from Raj Kapoor that he would settle down with her. At the same time, Raj Kapoor also loved his wife very much. Raj Kapoor used to say that his wife is the mother of his children and Nargis is the mother of his films.
One day Raj Kapoor and Nargis made a plan to go on vacation. Nargis was waiting for Raj Kapoor but Raj Kapoor did not come to her house that day. Then she got very upset and went straight to Kapoor's house. When I went there and saw it there was a lot of excitement and a luxurious party was going on in their house. When she went to the party, she could not see Raj Kapoor anywhere in the party.

In such a situation, searching for Raj Kapoor, she reached his bedroom. Nargis did not knock on the door and went straight inside. Then Nargis saw Raj Kapoor was with his wife, he was wearing her necklace around the neck.

When Nargis saw Raj Kapoor spending time with his wife, she suddenly fell silent and went out quietly. She realized that day that nothing could happen to Raj Kapoor and their relationship. In such a situation, on that day Nargis took the biggest decision of her life that now she will break all her relations with Raj Kapoor. So did happen. After that day Nargis never met Raj Kapoor like before. Then Sunil Dutt entered Nargis's life. Both of them fell in love and then both got married.