Teachers Day 2021: These Bollywood films teach to respect the teacher, cinema has shown many forms of teacher 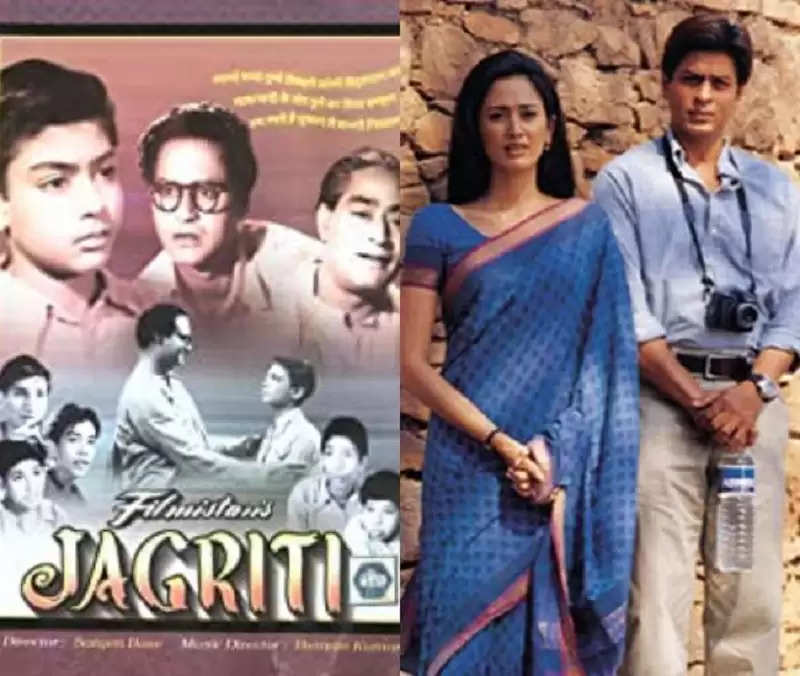 If there were no teachers in life, everyone would roam. Hindi cinema explains this importance. Today, on the occasion of Teacher's Day, Smita Srivastava is telling about some such films in which different roles of teachers have been shown well.


The song 'Aao Bachche Tumse Dekhoon Jhanki Hindustan Ki' from the film 'Jagruti' talks about inculcating the respect of Bharatbhoomi in the minds of children. In this film teacher Shekhar (Abhi Bhattacharya) adopts different methods to educate and discipline the students. The song 'De Di Hum Azaadi Bina Khadg Bina Dhal Sabarmati Ke Sant Tune Kar Diya Kamal' from the same film is relevant even today. This song written by poet Pradeep brings back memories of the struggles associated with the fight for freedom. Similarly, the song 'Ruk Jaana Nahi Tu Kahin Haar Ke' from Vinod Khanna starrer 'Imtihaan' still infuses hope and energy on hearing today. Dev Anand in the film 'Hum Naujawan' and Rajkumar in 'Bulandi' taught children the lesson of ideals and duty. The film 'Pratighat' was the story of a college teacher Laxmi (Sujata Mehta) caught between student politics and it, which was highly appreciated. How a mistake in understanding a child can affect his life, this message was given well in 'Taare Zameen Par'. The role of teachers in shaping the personality and skills of the coming generation remains the same even today. Filmmakers have also not lagged in showing these efforts of teachers in Hindi cinema.


Teachers meet every step of the way


We don't need to get teachers in school or college only. Sometimes in life, some people become lifelong inspirations. In this sequence 'Chak De! In 'India', coach Kabir Khan (Shah Rukh Khan) leads a weak Indian women's hockey team to victory. In Aamir Khan starrer 'Dangal', it is the father who tries to coach his daughter to make her a celebrity in the sports world. Rajkiran starrer 'Hip Hip Hurray' is one of the best films showing the teacher-student relationship. Rajkiran is seen motivating the students of his football team to win.

Teacher one, form many

Amitabh Bachchan, the megastar of Hindi cinema, was one of those actors who played the role of teacher several times on the silver screen. In these films, he appeared in different avatars every time. In 'Kasme-Vade' he becomes an idealistic professor and in 'Aarakshan' he emerges as a self-supporting warrior in the character of Atal Prabhakar Anand on his principles. In 'Satyagraha' he played the role of a retired teacher and in 'Mohabbatein' he played the role of a very disciplined principal. However, he received much appreciation for his character Devraj Sahay in Sanjay Leela Bhansali's 'Black'. Devraj lights the lamp of knowledge in his dark life by introducing his deaf student Michelle (Rani Mukherjee) to the words. In the true sense, he makes the meaning of the teacher meaningful. The principal of Boman Irani Engineering College in Rajkumar Hirani's 3 Idiots and Dr. J. Asthana has been seen in a unique style.

In Ashutosh Gowariker's film Swades, Gayatri Joshi played the role of a teacher who wants to educate the children living in the village and talks about giving the right to education to the girl child. Rani Mukerji, who was seen as Naina Mathur in the film 'Hichki', was seen depicting the struggle with the spoiled poor students and the school management. Hrithik Roshan's 'Super 30' is worth mentioning in this episode. In this film, he plays the role of a struggling teacher, who brings out the potential of financially weak but talented children by giving them free education.

However, these stories shown in cinema reflect the challenges faced by teachers which we often do not see or ignore. Even today, many teachers are playing an important role in establishing a better society by following rigid ideals. These films are examples of how filmmakers salute him through their stories.