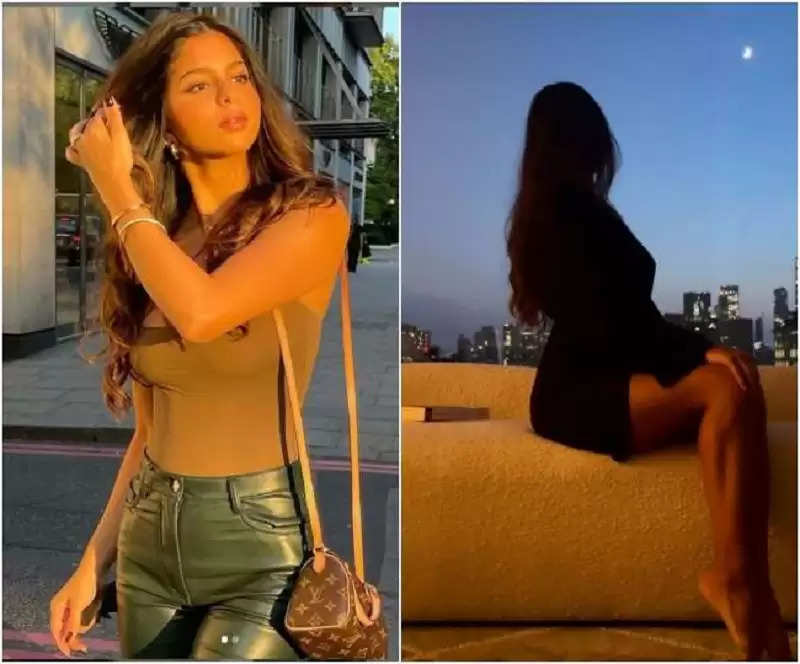 Shahrukh Khan's daughter Suhana Khan may not have entered films, but her fan following on social media is no less than a superstar. This is the reason why his pictures become viral as soon as they come out. On Saturday, Suhana posted a photo on her Instagram account which is in the news. Suhana is seen looking at the moon in her new photo.


Suhana is looking at the moon in the open sky


This picture was shared a few days ago

Suhana recently posted a picture on her handle in which she was seen lying on a couch in her apartment. She was seen wearing a black crop top and loose pants. During this, she is looking with great love outside the window of her house.

Shahrukh's daughter is currently studying film direction at New York University. She is all set to follow in her father's footsteps as she wants to pursue a career in acting. After completing her studies, she will do films. Shah Rukh once revealed that his son Aryan is interested in directing films and not acting.

Have done work in the short film

Fans are eagerly waiting to see Suhana on the big screen. He showcased his acting skills in a short film titled 'The Gray Part of Blue'. It was his college project and fans got a glimpse of it. Her pictures from the short film impressed everyone a lot.