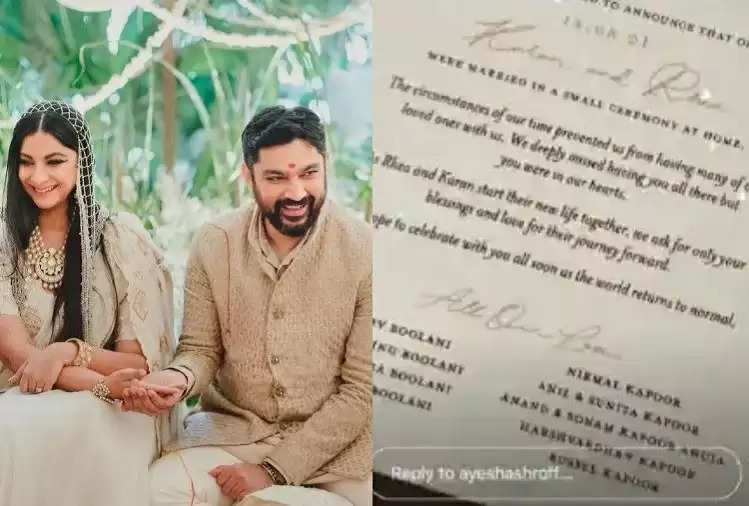 There is happiness in the Kapoor family of Bollywood these days. Recently, on August 14, Riya, the younger daughter of Anil and Sunita Kapoor, got married. Although Sonam Kapoor was married to Anand Ahuja with great fanfare, not many people attended the wedding of Anil Kapoor's second daughter Riya. Riya Kapoor, who tied the knot with her long-time boyfriend Karan Boolani on 14 August 2021, got married in the presence of her family and close friends. Let us tell that Anil Kapoor's younger daughter Riya is a producer as well as a fashion stylist like her sister Sonam Kapoor. After marrying Karan Boolani, pictures of her wedding card are going viral on social media. 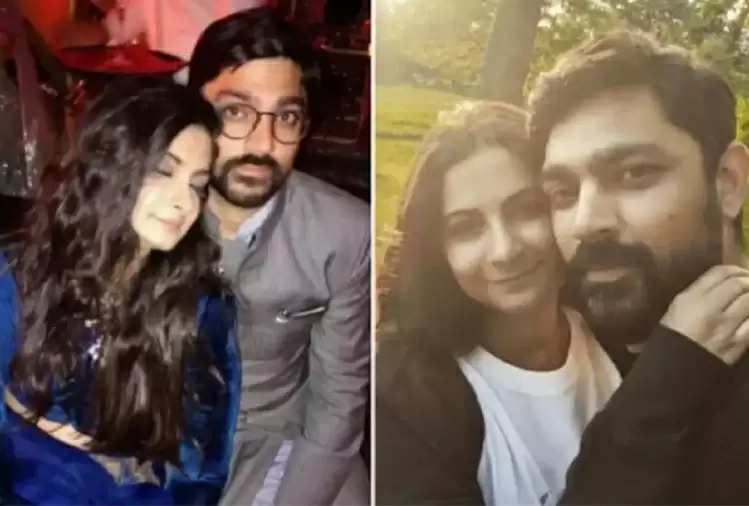 
Recently new couple Rhea Kapoor and Karan Boolani sent a card to their film buddies, where they shared the joy of their marriage with their industry friends. The picture of this card was shared by Jackie Shroff's wife Ayesha Shroff on her social media. Sharing a glimpse of the card, Ayesha Shroff has also wished Rhea and Karan Boolani. Along with this, information has also been given in this that why Bollywood stars did not attend Riya's wedding.

This was written on Rhea Kapoor's wedding card

The card sent by Anil Kapoor and co-family read, 'We are extremely happy to inform that on 14th August 2021, Rhea and Karan had a small function at home itself. Due to some circumstances, we wish our loved ones. unable to call. We all miss you here a lot. You all were in our hearts. As Rhea and Karan have started their new life, they need your blessings. 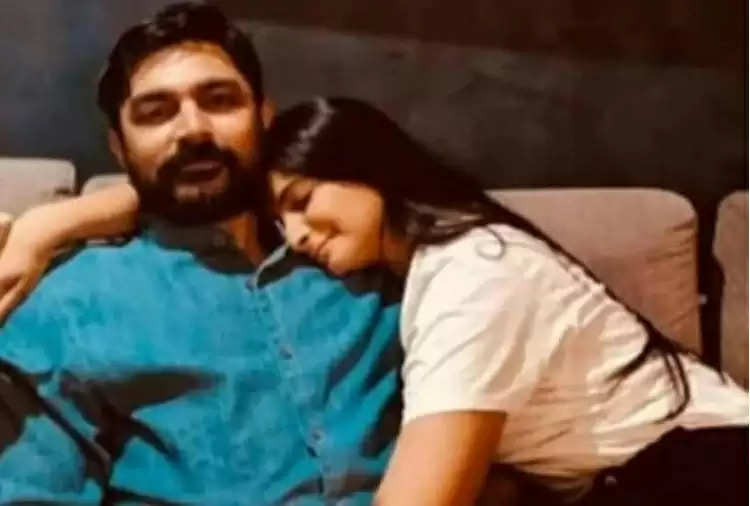 It was further written on this card that as soon as the situation becomes normal, we will soon celebrate this occasion. Boolani and Kapoor families are signed on this card. Karan Boolani and Rhea Kapoor got married in the presence of the family. The wedding was attended by close family members including Janhvi Kapoor, Khushi Kapoor, Shanaya Kapoor, Anshula Kapoor, Boney Kapoor.

Riya Kapoor and Anil Kapoor's tremendous chemistry was seen at the reception party. In the video, happiness was clearly visible on Anil Kapoor's face, while Riya was also seen enjoying that time with her father. Both of them were dancing to Sonam Kapoor's song 'Abhi Toh Party Shuru Hui Hai'. Apart from this, many pictures of the wedding reception of these two are going viral on social media.

Expressing her happiness, Rhea Kapoor also wrote a beautiful note sharing the picture. Rhea wrote, 'After 12 years I shouldn't be nervous because you are my best friend and the best person I have ever lived, but the experience of marriage was unique for me. I will always be the girl who has to come home to Juhu at 11 pm before my parents sleep. I didn't know how lucky I was. I hope we make this family closer.