Sidharth Shukla Death: When Siddharth Shukla got angry after hearing about the breakup with Shahnaz Gill, he used to support a roomy girlfriend like this 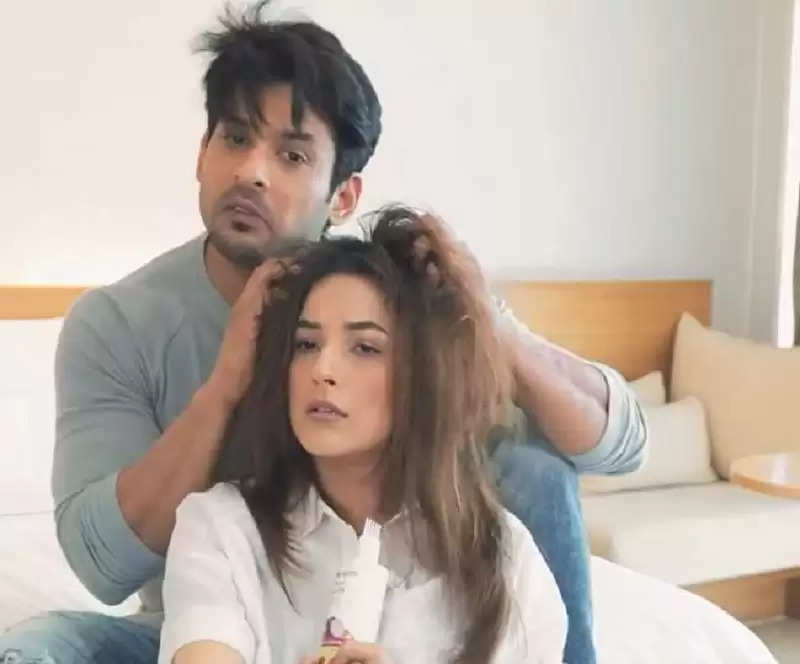 The winner of the reality shows Bigg Boss 13 and famous TV actor Siddharth Shukla passed away on Thursday. He was taken to Cooper Hospital in Mumbai where Siddharth Shukla was declared brought dead. His sudden demise has shocked everyone. From fans to TV stars are also mourning his death.


For some time there were reports in the media that he is dating Bigg Boss 13 contestant Shahnaz Gill. The closeness between these two increased in Bigg Boss 13. Since then Siddharth Shukla and Shahnaz Gill were often seen together. At the same time, the late actor used to stand by Shehnaaz Gill all the time. Not only this, Siddharth Shukla used to answer openly to those who trolled him. 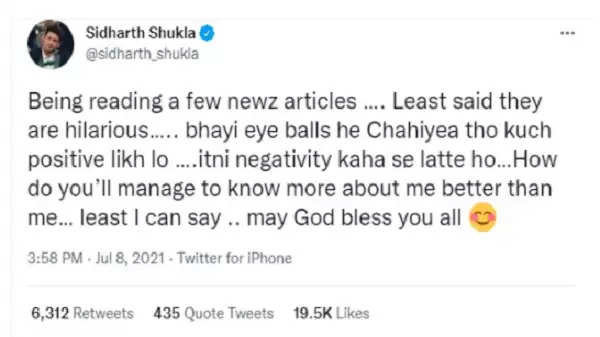 Please you don’t need to shame her … it’s not her fault it’s some ppl from that FD …she herself has asked them to stop all this like I have … let’s just be civil and make this place better … so that we can enjoy and learn from each other … makes sense .. ????

There were many occasions when Shahnaz Gill had to face trollers, but Siddharth Shukla always stood in his support. Last month too, Siddharth supported Shehnaaz on social media when a fan club wrote on Twitter that she encourages people to write unfriendly things about Siddharth. Responding to the fan club's tweet, Sidharth had said, "Please you don't need to embarrass her... it's not her fault, it's some of those people... she told them to stop all this." As I know...this place is better...so that we can enjoy and learn from each other...'

In July, Siddharth had reacted to reports that he had broken up with Shehnaaz Gill. Siddharth had written, 'I am reading some new articles... they are going to make you laugh. How will you know about me better than me... At least I can say.. God bless you all.'

Apart from these, Siddharth Shukla used to support Shahnaz Gill on many other occasions. Let us tell you that on Thursday, Siddharth had died even before he was taken to the hospital, this news has been confirmed by the doctor of Cooper Hospital himself. Siddharth was taken to Cooper Hospital in Juhu, Mumbai at around 10:32 am where he has declared brought dead.