Shahnaz was seen calling Siddharth's name in the crematorium, will be emotional after watching VIDEO 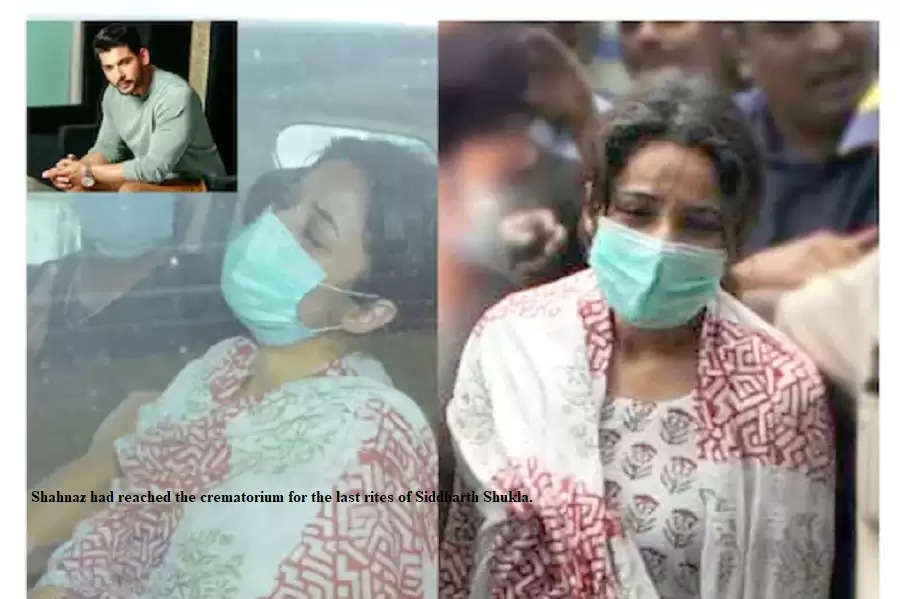 A video of Shehnaaz Gill has also surfaced. Anyone's eyes will become moist after seeing this. In this video, Shahnaz is seen with her brother Shahbaz. And is seen calling the name of Siddharth (Sidharth Shukla) in the crematorium.


Mumbai: On Thursday, September 2, TV actor and Bigg Boss 13 winner Siddharth Shukla passed away. After which his last rites were performed on Friday. Many stars as well as his fans thronged to attend Siddharth Shukla's funeral procession, to control which heavy police force was deployed outside the late actor's house, outside the Cooper Hospital, and outside the crematorium in Oshiwara. Due to the death of the actor (Sidharth Shukla Died), the whole country including his family and close ones is immersed in grief. Shehnaaz Gill's condition is also very bad due to the departure of Siddharth.

A video of Shahnaz Gill has also surfaced. Anyone's eyes will become moist after seeing this. In this video, Shahnaz is seen with her brother Shahbaz. As soon as Shahnaz reaches the gate of the crematorium, calling Siddharth's name, she starts running fast towards the ambulance in which his body was kept.

This video of Shahnaz is becoming increasingly viral on the internet. After seeing this, users are also commenting and expressing grief over the condition of Shahnaz. On the other hand, even the fans of the actor are unable to believe that he is no longer in this world. Even on social media, Siddharth's fans are sharing posts about him and remembering the actor.