Seeing this talent of Mumbai Police, you will also applause, this special video is going viral 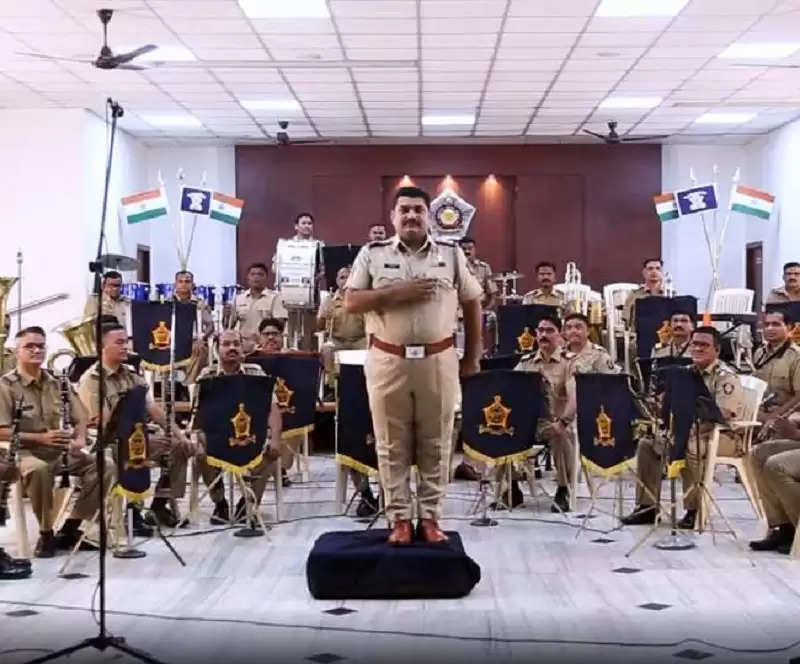 Mumbai Police keeps giving special messages and instructions to people in a film style on their social media accounts. Not only this, but police personnel also keep sharing special posts to show their creativity. Now Mumbai Police has shown its new talent, after seeing which everyone will praise them. Mumbai Police's band group has recreated the James Bond theme of singer Monty Norman.


In this video, all the policemen are seen recreating the theme track of James Bond spectacularly. Along with this, action scenes from the upcoming James Bond series film 'No Time to Die' have also been shown in the video. This video of Mumbai Police is becoming increasingly viral on social media. Viewers waiting for 'No Time To Die' and all social media users are loving the video. Also, give your feedback by commenting.

Sharing this video, Mumbai Police has also written a special post. Police wrote in the post, 'Khaki Studio, Mumbai Police Band presents to you. Khaki Studios pays tribute to James Bond's theme track singer Monty Norman. This theme has been created by Head Constable Jamir Shaikh. It is noteworthy that Monty Norman first introduced this theme in the James Bond film Dr. No's was made. This film came in the year 1962.

On the other hand, if we talk about James Bond's next film 'No Time to Die', then the release date of this film is being postponed for a long time. 'No Time to Die is the 25th film in the James Bond series. The film was first to be released in April of 2020, but in March the outbreak of the coronavirus pandemic started spreading in the world. Cinemas were closed in many countries. After which the makers decided to release it in November. The production house had decided that the film would be released in the UK on November 12, 2020. At the same time, this film will be released on November 25, 2020, all over the world including India. But, due to the Coronavirus pandemic, there were reports of releasing it again in April of 2021. Now the film has been pushed to October.