Riya Kapoor became romantic with her husband on honeymoon, wore such a hot dress after bikini 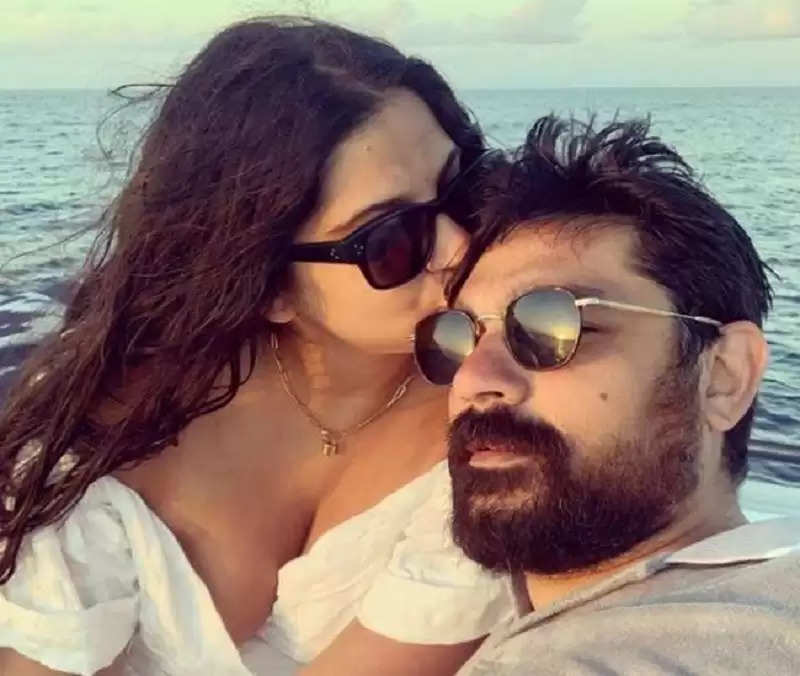 Bollywood actor Anil Kapoor's younger daughter Rhea Kapoor recently tied the knot. After 14 days of marriage, Riya Kapoor has gone on a honeymoon with her husband Karan Boolani. Rhea Kapoor and Karan Boolani went to the Maldives for their honeymoon. From where he is sharing many of his romantic pictures. His fans are also very fond of these pictures.


Recently, Riya Kapoor's husband Karan Boolani has shared some pictures with his wife from the Maldives through his official Instagram account. Riya and Karan's romantic style is seen in these pictures. In the pictures, Riya is wearing a white dress. In which she is looking very hot and beautiful. At the same time, her husband Karan Boolani is also with her. The romantic style of both is being liked a lot in these pictures.

Karan and Riya look very romantic and cute in the pictures shared by Karan Boolani. In one of these pictures, Riya Kapoor is seen kissing Karan on the forehead. In another picture, both are sitting with each other. In a picture, Riya Kapoor is sitting alone and she is looking very hot. Riya Kapoor's sister Sonam Kapoor has missed both of them by commenting on these pictures.

Earlier, Rhea Kapoor has shared a very hot picture from her honeymoon. In that picture, Riya Kapoor was seen wearing a bikini. Riya was seen having fun in the pool wearing a bikini. Apart from this, Karan also shared pictures in which both Riya and Karan were having fun in the pool. At the same time, Riya Kapoor continues to show fans glimpses of her honeymoon through her Instagram story. These pictures of Riya are becoming increasingly viral on social media.

Let us tell you that Rhea Kapoor and Karan Boolani tied the knot on August 14 between family and close friends. Rhea Kapoor kept her wedding very simple. He neither did any rituals nor any frills in the marriage. With only family, she married Karan. After marriage, the pictures of both of them became fiercely viral on social media.