Rishi Kapoor's favorite whiskey was seen on his cake and these other things including Twitter, Neetu Kapoor celebrated her husband's birthday in this way 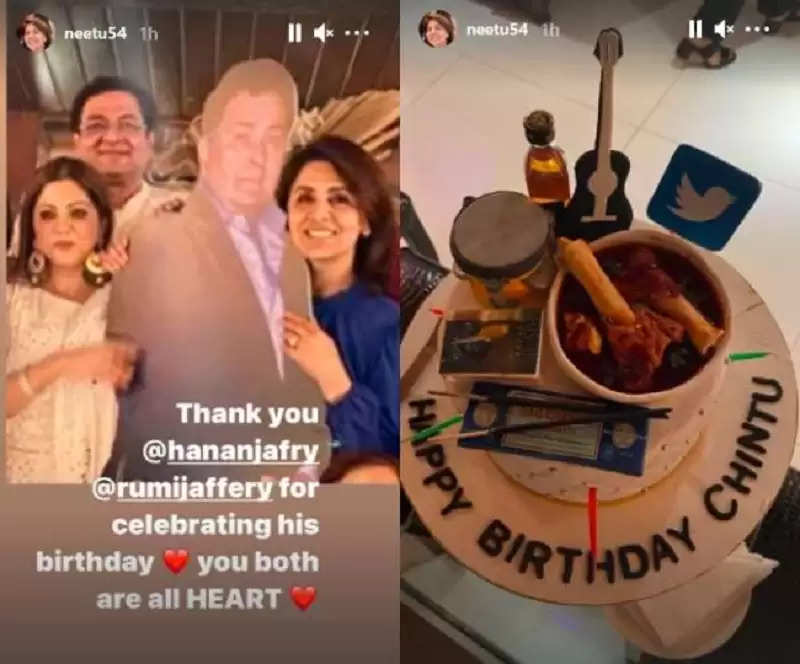 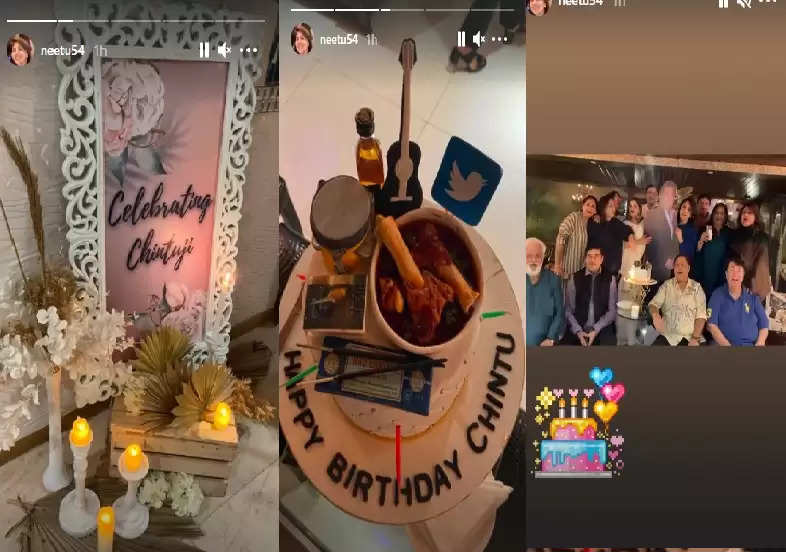 Neetu Kapoor shared a picture of a cake on her Instagram stories. It depicts all the things that the late actor loved. The cake included a whiskey bottle, Twitter logo, a bowl of mutton curry, Nag Champa incense sticks, a guitar, and a cassette of his old hit songs. Apart from this, Neetu Kapoor has also shared many pictures with her friends.

Another picture of Neetu Kapoor had a photo frame that had 'Celebration Chintuji' written on it. At the same time, Rishi Kapoor's old friends and family members were also among the guests who came to this celebration. The names also included actors Shatrughan Sinha, directors David Dhawan and Rahul Rawail, and Rishi's elder brother Randhir Kapoor. Rishi Kapoor's birthday pictures are going viral on social media.

His wish was to see Ranbir Kapoor ride a horse and Ranbir Kapoor should get married. At the same time, the second wish was that his house should be ready as Krishna Raj and it should have three separate apartments. In this, Riddhima, Ranbir, and Rishi-Neetu Kapoor could stay together. He often went to the construction site of the house and took full knowledge of every subject.