Ram Gopal Varma's video went viral while dancing with the girl in a senseless manner, the director said this after being trolled 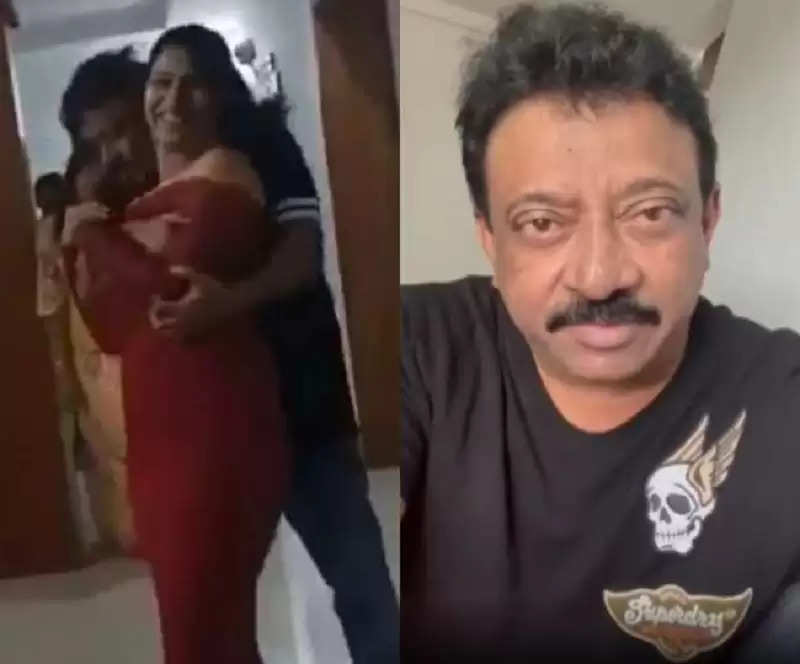 Apart from Bollywood's famous and veteran producer-director Ram Gopal Varma, he is also in a lot of discussions due to being in controversies. He often gets into controversies because of his statements and social media posts. Now a video of Ram Gopal Varma has surfaced on social media, after seeing which many people are criticizing him. Also trolling them.

I once again want to clarify that the guy in this video is not me and the Girl in Red is not @inaya_sultana and I swear this on American President JOE BIDEN pic.twitter.com/K8nNera7Rc

In the video, a girl wearing a red gown is seen dancing with Ram Gopal Varma. At the same time, in the middle of the video, Ram Gopal Varma is seen doing dance steps with that girl in an unconscious manner. After this video surfaced, Ram Gopal Varma has tweeted saying that he is not the person seen in the video. He wrote in his tweet, 'I swear by Balaji, Ganapati, Jesus, and many others, this is not me.' 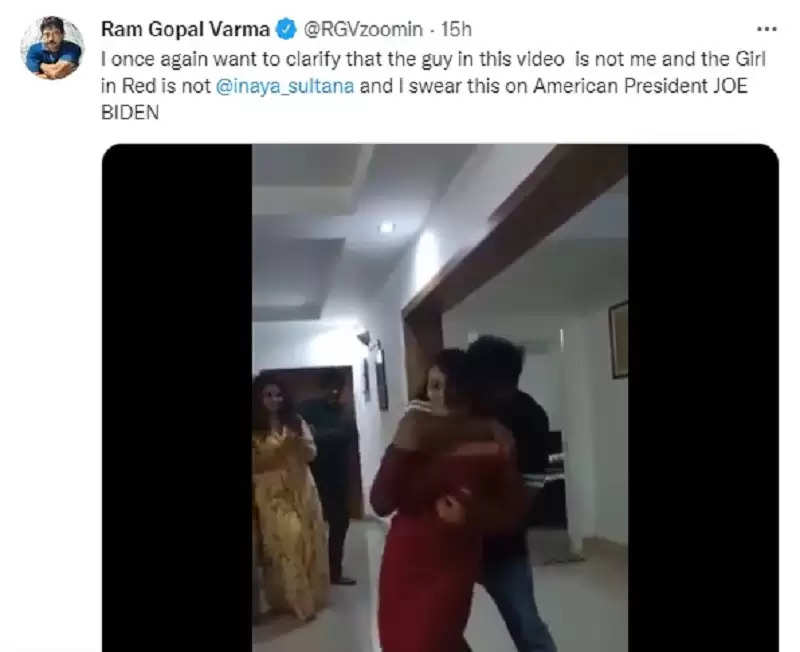 Not only this, Ram Gopal Varma took a dig at the video and wrote in his other tweet, 'I want to clarify once again that the person seen in this video is not me. I swear by US President Joe Biden.' At the same time, after the clarification on the dance video of Ram Gopal Varma on social media, many social media users are trolling him fiercely. Also making lewd comments. 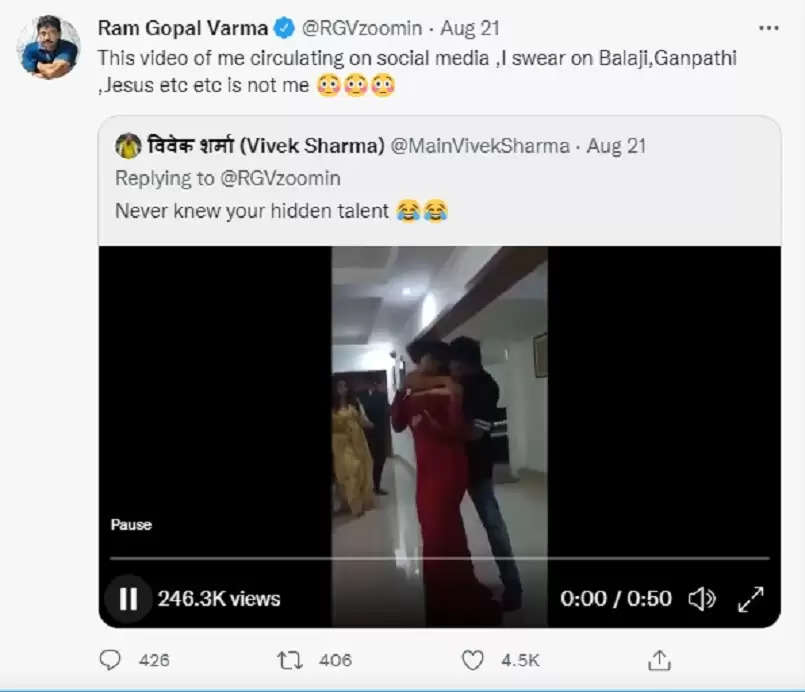 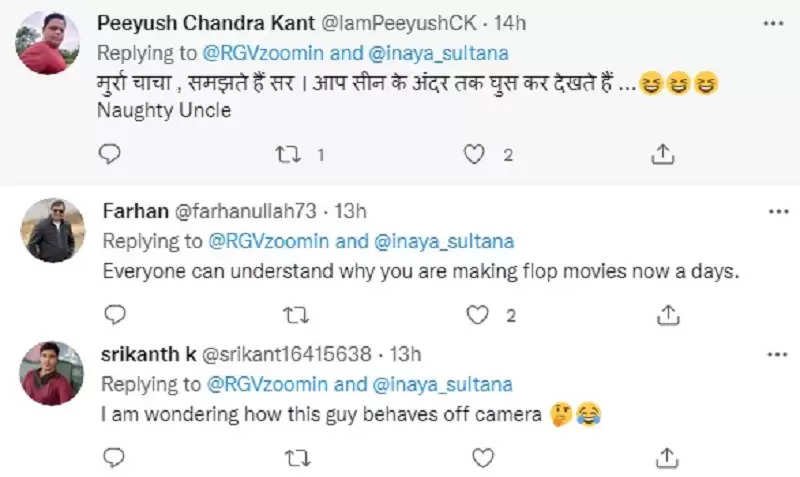 A user named Abhishek wrote in the comment, 3rd class director, as it is known. Peeyush Chandra Kant wrote, 'Murra uncle, you understand sir. You go inside the scene and see... Naughty Uncle.' Farhan writes for Ram Gopal Varma, 'Everyone can understand why you are making flop films these days.' Srikanth k wrote, 'I am wondering how this man must have behaved behind the camera.' Apart from these, many other social media users have trolled Ram Gopal Varma fiercely for clarifying him.