Raghav Juyal got in trouble after commenting on the girl, now the father of the contestant has issued a statement 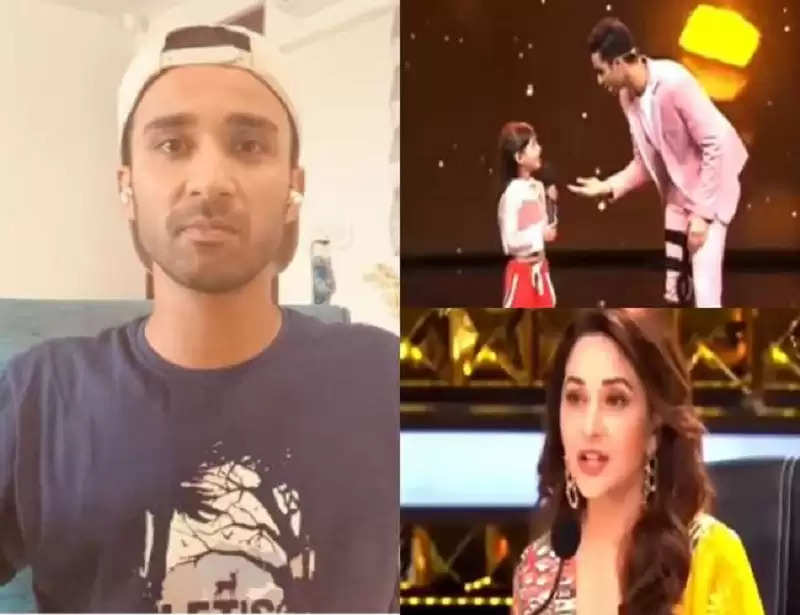 'Dance Deewane 3' host and dancer Raghav Juyal is currently caught in a controversy. A clip of Raghav is becoming quite viral on social media, in which he is seen speaking something that people do not like for a girl from North-East.

Raghav Juyal, the host and dancer of Colors TV's reality show 'Dance Deewane 3', is currently caught in controversy. A clip of Raghav is becoming quite viral on social media in which he is seen saying something to the girl of North-East which people are not liking and people are calling Raghav as Resist. By the way, not only the common people, but the Chief Minister of Assam has also objected to Raghav's statement, calling it shameful.

Seeing the matter increasing, Raghav has also apologized on this matter and he has also clarified why he had called the girl Chinese. Now amid all this controversy, the reaction of the girl's father has also come to the fore. The girl's father said in a conversation with the Zee Plus news channel, 'I can throw light on this matter because I was a part of the show. My daughter learned to speak Chinese by watching YouTube. When she was asked about her talent in TV shows, she said that she can speak Chinese. So they asked him to speak the language. So he put it in the script. If there was anything wrong with these lines, I would have taken a stand for it because we are from Assam'.

Seeing the matter growing, Raghav gave his clarification on the whole matter through a video. In the video posted on Instagram, Raghav said, 'A clip of me from the entire show is going viral, for which I am getting hate comments and being called a racist. I want to tell his story because I want you to watch the entire show first, then comment on that clip. Judging by taking out a small clip from the entire show would be good neither for my mental health nor for the people who know me. Little girl Gunjan had come from Guwahati. We ask children what is your hobby. Gunjan said that I can talk in Chinese. This is my talent. In Chinese it means gibberish. She used to speak from the beginning, so we all used to laugh because there are children, they say anything. From there, his cycle started. She spoke the same way in all the episodes. That's why in one of the last episodes, I called him in his way because that creative was going on in all the episodes. You will understand when you watch all the episodes.