Krishna Shroff, sister of Bollywood actor Tiger Shroff, may not be a part of the Bollywood film industry, however, just like her brother, she is a fitness freak and one of the popular celebs with almost a million followers.

Krishna, who often takes the internet by storm with her bikini pictures, recently shared a few pictures from an event in which she wore a sexy black bralette with a transparent mesh top. Krishna completed her look by wearing black pants. To complete her look, Krishna braided the top part of her hair and left the rest open. 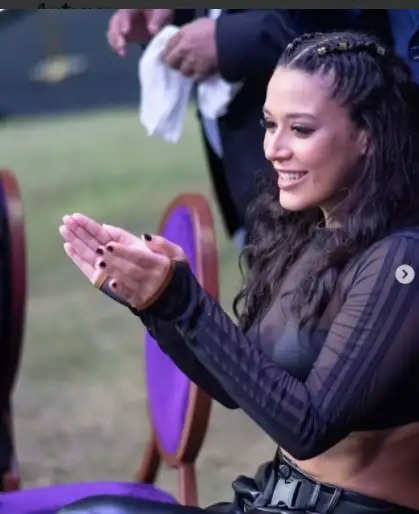 Within minutes, the post garnered thousands of likes and comments and all her fans commented on her fitness and body. Jackie and Ayesha Shroff's daughter Krishna Shroff recently made her acting debut with Rashi Sood's Punjabi song 'Kinni Kinni Vaari'.

Krishna has no plans to enter Bollywood, unlike his brother and father; However, her most recent appearance has been well received by her followers. Krishna is the owner of MMA Matrix, a fitness center in Mumbai.

In an earlier interview with indianexpress.com, Krishna had said that she has no plans to make her Bollywood debut as an actor.