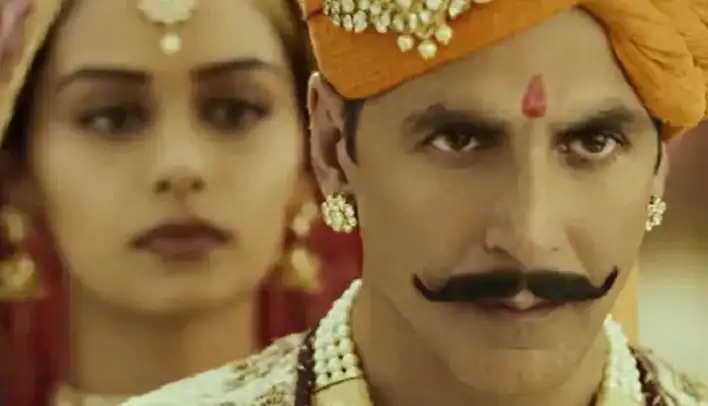 Bollywood Films Postponed in January Produced by Yash Raj Films and directed by Dr. Chandraprakash Dwivedi, the film is the story of Prithviraj Chauhan and Sanyogita. Manushi Chhillar is making her Bollywood debut with the film. Sanjay Dutt and Sonu Sood are part of the star cast of the film.

Omicron and the rising cases of coronavirus in the first month of 2022 have dashed the hopes tied for box office success of films like Sooryavanshi and Pushpa - The Rise in the last months of 2021. As a precautionary measure in the states, the release dates of films are being changed once again given the restrictions on cinemas, and now the news is coming that Akshay Kumar's Prithviraj will also not release this month.

As the cases of coronavirus and its Omicron variant increased in December, states started taking precautionary measures. Cinemas are being operated with 50 percent capacity in most of the states. Where the capacity was 100 percent, steps are now being taken to increase it to 50 percent. First of all, in the last week of December, the Delhi government issued a yellow alert in the state, after which the theaters were completely closed. As a result, the release of Shahid Kapoor and Mrunal Thakur's film Jarsi, which was due on 31 December, was postponed.

On January 1, the release of SS Rajamouli's much-awaited film RRR was postponed, which was scheduled to hit the theaters on January 7. Rajamouli had also heavily promoted the film with Ram Charan, NTR Jr, and Alia Bhatt. From giving interviews to popular TV shows, The Kapil Sharma Show and Bigg Boss 15, the team of RRR reached. Reports claimed that crores of rupees were spent on the promotions of RRR. But, seeing the situation, it was decided that RRR should be stopped for the time being.

Keeping the best interests of all the involved parties in mind, we are forced to postpone our film. Our sincere thanks to all the fans and audience for their unconditional love. #RRRPostponed #RRRMovie pic.twitter.com/JlYsgNwpUO

Now on Tuesday, news came that the release of Akshay Kumar's historical film Prithviraj has also been postponed. The film was scheduled to hit the theaters on January 21. Produced by Yash Raj Films and directed by Dr. Chandraprakash Dwivedi, the film is the story of Prithviraj Chauhan and Sanyogita. Manushi Chhillar is making her Bollywood debut with the film. Sanjay Dutt and Sonu Sood are part of the star cast of the film. However, an official announcement is yet to be made by the makers. Reports quoted sources as saying that the next release date will be announced given Omicron's situation in the country.

As of now There is no change in the release plans of #RadheShyam. The #Prabhas-starrer is gearing up to hit the screens on 14 January.
Don't believe any rumours.@UV_Creations

The big films which were to be released in January are now Radhe Shyam and Attack. Radhe Shyam is released on January 14. The film starring Prabhas and Pooja Hegde is being released pan India. The Telugu film will also come in Hindi along with other South Indian languages. Recently, the trailer of the film was released in all languages ​​in a mega event held at Ramoji Film Studios. According to the information so far, the release date of Radhe Shyam has not been postponed. On Monday, the publicist associated with the film confirmed by tweeting that the film is coming only on the 14th.

John Abraham's Attack is scheduled to release on January 28. It is an action film, in which John will be seen in a commando-like character. There is no information yet regarding the postponement of the release date of this film. However, John Abraham is in isolation after being infected with Corona.