Netflix's biggest series in 2021 is 'Squid Games', know everything about it Trigger Warning: In this article, you will find many spoiler alerts.

Squid Game: From social media to newspapers, there is only one web series discussed these days, which is named Squid Game. This is a Korean web series directed by Hwang Dong-hyuk. What is it like in this web series which is trending at number one all over the world? Everyone is wanting to watch this Netflix show, let's know about Squid Game.

Trigger Warning: In this article, you will find many spoiler alerts.

According to a report, Squid Game has been released in 83 countries, out of which it is the number one series watched on Netflix in 82 countries. There are a total of 9 episodes in this South Korean thriller series.

Its trailer shows that some people who are heavily indebted are offered to play a game in it. Through this, he can become a millionaire along with paying off all his debt. But it is not as easy as it seems to say. In this, people have to play childhood games, but the one who misses this game has to lose his life. This is the twist of this show.

This web series was to be made in 2019 itself

It has been presented to the people by immersing it in the syrup of emotion, love, and compulsion. This web series is so addictive that you will go on watching its shows one after the other. This web series was announced by Netflix in 2019, but due to some reasons, it could not be made. So after 2 years, it was released in September 2021.

This series also has an Indian connection, that is, an Indian artist has also played a character in it. His name is Anupam Tripathi who has played the role of a Pakistani guy named Ali in it. He had gone to South Korea to study. Here he also started working in Korean films. He has been a part of many projects.

Social media experts also took out its Bollywood connection. He claims that many years before this series, such a movie has been made in India whose name is 'Luck'. In this also some people play the game and the loser is handed over to death.

Will Squid Game 2 be made or not? 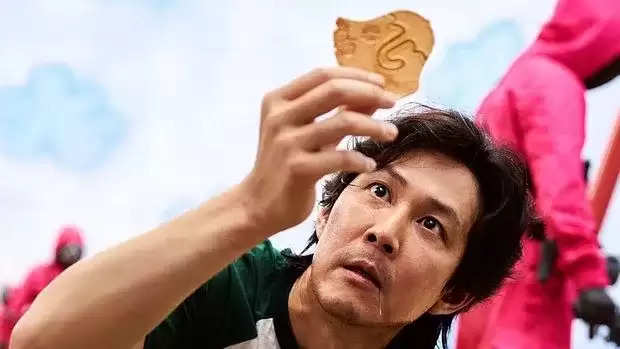 It stars Lee Jung-jae, Park Hae-soo, HoYeon Jung, Heo Sung-tae, Kim Joo-ryoung, Anupam Tripathi, and Lee Yoo-mi. There is a lot of blood and blood in it, so the weak-hearted should only watch it at their own risk. Some people are thinking that its second season will also come. For the information of such people, let us tell you that the director is not even thinking of making its second part.