Monalisa crossed all limits of boldness, flaunted her sexy figure in a transparent dress! She has always been in the headlines for some reason or the other, is once again creating panic among the fans. Monalisa has become a topic of discussion for the fans due to her latest photo. The Bhojpuri queen has once again crossed all the limits of boldness and has blown the senses of all the users along with the fans. 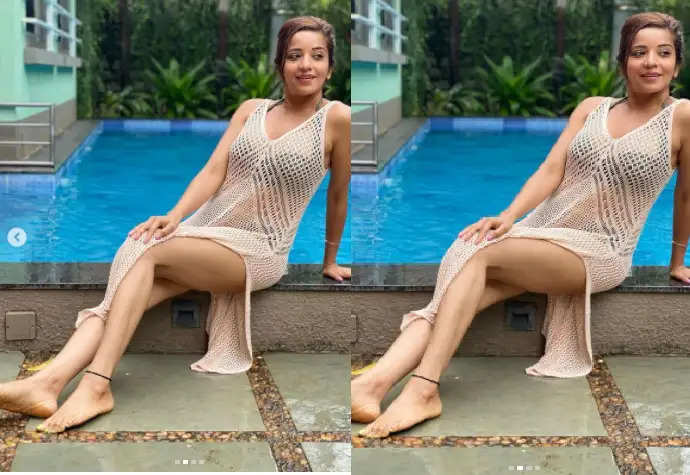 In the photo, Monalisa is seen in an absolutely no-makeup look. While sharing the picture, Monalisa captioned it as 'Relaxed state of mind...'. Let us tell you that the actress has recently returned to Goa after spending time at her bestie's wedding. Along with the fans, it has become difficult for all the users to take their eyes off the picture.