KBC 13: Rashmi Rajendra Kadam could not answer this question of 25 lakhs, do you know? In TV's most popular quiz show 'Kaun Banega Crorepati 13', the conversation between Amitabh Bachchan and the contestants of the century also keeps the audience hooked to the show. Today's show was also very interesting, where Rashmi Rajendra, a resident of Pune, Maharashtra, was sitting on the hot seat. In the show, Rashmi not only talked a lot about Amitabh Bachchan, but she said that you are creative, meaning you have details, Big B becomes very happy to hear this. Rashmi won an amount of 12 lakh 50 thousand rupees in the show. 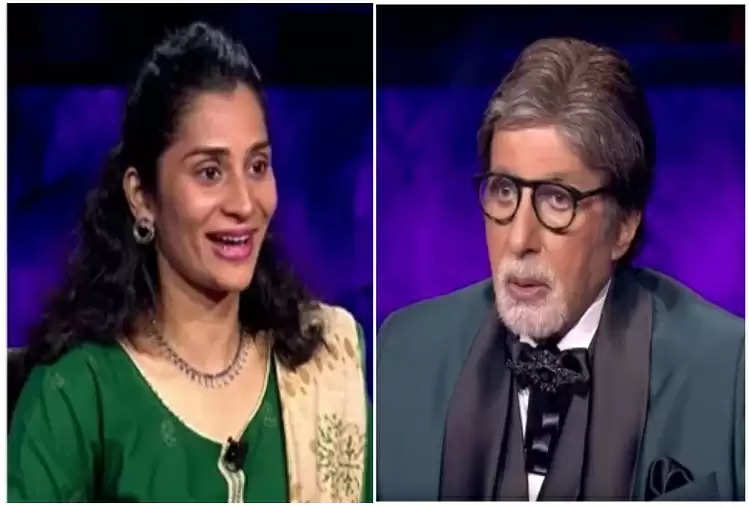 Rashmi Rajendra Kadam could not answer the question of 25 lakhs after giving the correct answer of Rs 12 lakh 50 thousand. He did not know the answer to the question of 25 lakhs and neither did he have any laugh lines left. In such a situation, Rashmi did not take any kind of risk, because if she was wrong, she would have reached directly from 12 lakh 50 thousand to 3 lakh 20 thousand.

15 questions asked today and their answers-

Question: Which Indian film production company, in honor of its family's shipbuilding legacy, had a picture of a ship among its people?
Answer: Wadia Movietone

Question: What is the primary function of chopsticks as a tool? 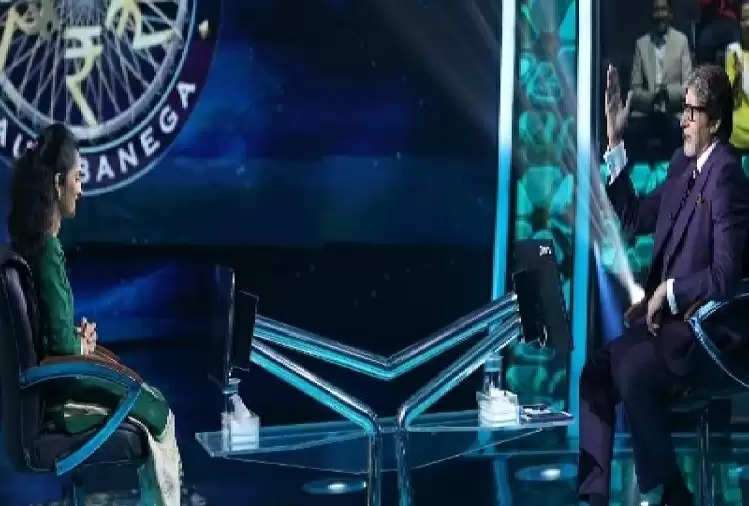 Answer: To be used for food

Question: Which word would complete the title of this film starring Kartik Aaryan, Bhumi Pednekar, and Ananya Panday: "Husband, Wife, and _______"?
Answer: That

Question: Which of the following is not a smartphone unlock feature?
Answer: DNA Recognition

Question: Which of these names means 'moon'?
Answer: Indu

Question: In which of these places would you not be able to take a walk on the beach?
Answer: Umarkhed

Question: What is this method of psychological testing done using this type of image called?
Answer: Roshark Test

Question: Which of these names is the title of this movie? (Video Question)
Answer: Saina

Question: Which of these birds cannot move their eyes inside their eye sockets?
Answer: Owl

Question: According to the Puranas, which son of Shri Krishna and Rukmini was kidnapped and thrown into the sea where he was swallowed by a big fish?
Answer: Pradyamna

Question: Which of these countries is the largest producer of coffee in the world?
Answer: Brazil

Question: Who is the first Indian woman fighter to be selected in the squad to fly Rafale?
Answer: Shivangi Singh