Happy Birthday Hina Khan: The actress wanted to become an air hostess, know how she became 'Queen' of the TV world Actresses come and go in the TV and Bollywood industry. This is a common thing in the glamor world. But there are some actresses who create a rage in the industry on the strength of their talent and then they also become a special place in the hearts of fans. Actress Hina Khan, who stepped into Bollywood after TV, is also one of them. Today on October 2, Hina Khan is celebrating her 34th birthday. Hina started her career in the TV industry and currently, she is working in Bollywood. This journey is living proof of his success. 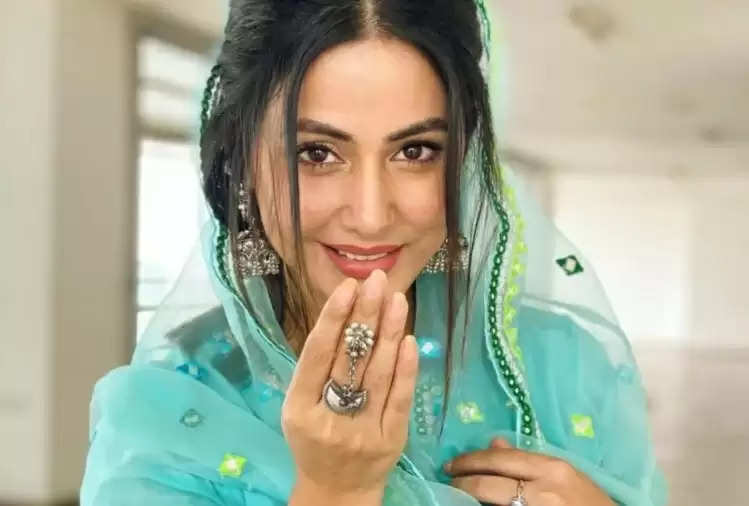 The special thing is that Hina Khan has made millions and crores of people crazy about her acting as well as through her glamorous look. She is very active on social media and here she keeps in touch with her fans frequently. Today, on the occasion of Hina Khan's birthday, we are going to tell you about some interesting things related to her personal life to professional life, including her controversies.

Hina wanted to become an air hostess
Hina Khan was born on 2 October 1986 in Srinagar's Jammu-Kashmir. Hina has done Master of Business Administration in CCA School of Management, Delhi. The actress wanted to become an air hostess in the early days of her career. In such a situation, after completing his studies, he had also applied for the course of an air hostess. But during joining, Hina Khan had got malaria, due to which she could not work in this field. After this Hina Khan stepped into the world of TV.

Hina khan career
Hina Khan started her career in the year 2009 with the popular TV serial 'Yeh Rishta Kya Kehlata Hai'. Due to this serial, he got recognition from house to house. Hina was seen in the character of 'Akshara' in this serial, which was well-liked by the fans. After this Hina Khan also showed her acting in hit serials like 'Naagin' and 'Kasauti Zindagi Ki 2'. The actress has also done reality shows. Hina has been the winner of season 11 of Bigg Boss. In season 8 of Fear Factor: Khatron Ke Khiladi, Hina Khan won the hearts of people with her stellar performance. 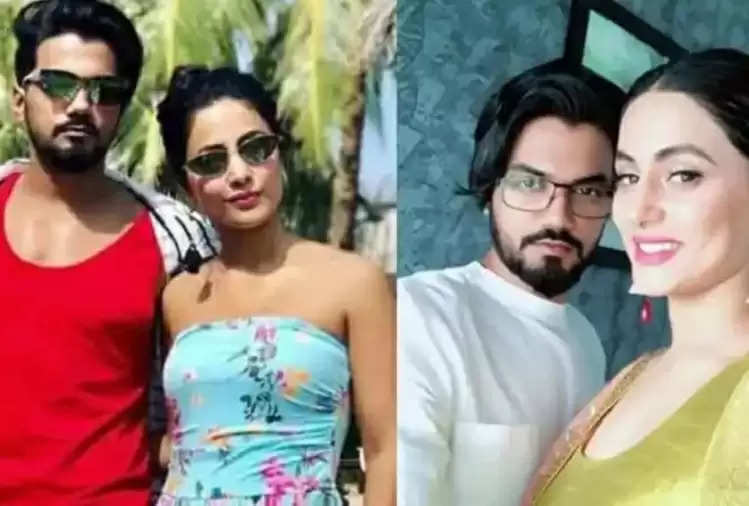 Hina Khan has also appeared in Bigg Boss 14. This season she was seen as a senior, where she was explaining the game to the contestants. At the same time, after making a splash in the TV world, Hina stepped into Bollywood in the year 2020. In the same year, Hina Khan's first film 'Hacked' was released, in which the work of the actress was well-liked. After this Hina Khan worked in films like 'Wish List' and 'Unlocked'. At the same time, now Hina Khan has become an actress as well as a producer. He has produced his film 'Lines'.

Hina Khan love story
Hina Khan's love story is quite amazing. She is dating Rocky Jaiswal for a long time. Hina and Rocky first met on the sets of the serial 'Yeh Rishta Kya Kehlata Hai'. Hina started her acting career with this serial. So right there, Rocky was the supervising producer of this serial. The two became friends on the sets and gradually the friendship turned into love. Rocky Jaiswal proposed to his girlfriend Hina Khan on the sets of the reality show Bigg Boss 11. Since then both have been popular couples in the TV industry.

Hina Khan controversy
Hina Khan has a deep connection with the controversy. She is always known for her outspoken statements, so users on social media also keep an eye on her every move. Fans must be well aware of the catfight between Hina Khan and Shilpa Shinde, which was seen in Bigg Boss 11. This season saw high voltage drama between Hina Khan and Shilpa Shinde. While Hina fought badly with Shilpa, Shilpa also called Hina overdramatic.

Not only this, when TV actress Hina Khan was seen on the red carpet of the Cannes Film Festival, a magazine editor commented on Hina and wrote, 'Cannes Achanak Chandivali studio ban Gaya kya.' However, many TV celebs supported Hina Khan.